ASUS recently announced their new T1 series of widescreen LCD TV/monitor hybrids. The T1 series is designed for locations where you want to use both a computer and watch television on a single display. 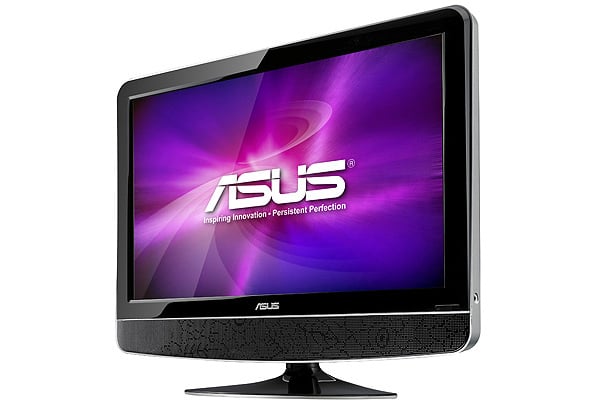 They will be available in 22″, 24″ and 27″ variants. All 3 models are capable of displaying at 1080p, and they also have built-in TV tuners that can receive both digital and analog signals. Nice. The T1 TV monitors also have built-in a pair of 7-watt speakers. The inputs available are IEC (TV), D-sub (PC), HDMI 1.3 x2, Component (Y/Pb/Pr), Composite, S-Video, SCART1 (RGB & CVBS), and SCART2 (Y/C & S-Video), while there are audio outputs for the now obsolete RCA, as well as Optical S/PDIF and the ever-present 3.5 mm jack. A remote control is also included.

Although as SlashGear’s Chris Davies said, a picture-in-picture feature would have been nice, so you could watch TV and use your computer at the same time. No word on pricing and availability yet. Product press releases shouldn’t be released without those two details, dammit.