Graphic designers Pierre Smeets and Damien Aresta, known collectively as pleaseletmedesign,  teamed up with professional race car driver Stef van Campenhoudt to…create a font. But hey, if you were given the choice between sitting in front of a computer all day and watching a pro racer trace Qs and Zs to make a font, you’d choose the latter too. The resulting typeface was called the iQ font. I’d name it ‘skidmarks’, but I didn’t make it. So. 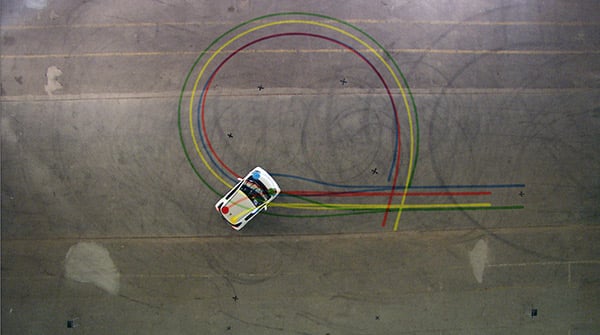 As you can see Campenhoudt did the “writing”. The 4 dots on the roof of the car was tracked in real time using a camera and a custom software designed by fellow artist Zachary Lieberman of openFrameworks. Here’s the video of the one-of-a-kind creation of the iQ font:

And here’s the iQ font! 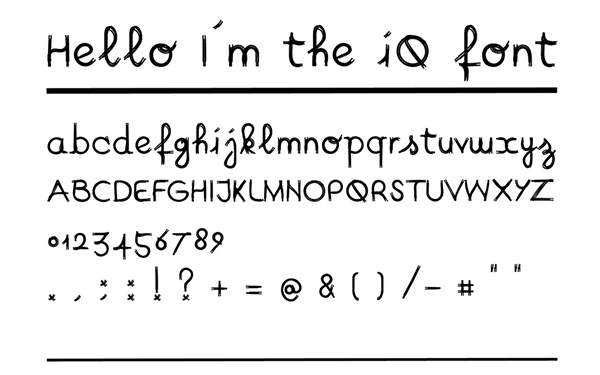 You can download the font here; stills from the video can be found at theokguy’s Flickr page. If you were to make a font, what would you use? Subatomic particles? Tornadoes? Turtles?

[thanks to Ramin for the tip!]