Who will win: the gigantor Xbox 360, or the lovable mascots of Nintendo? Unfortunately for Microsoft, the ‘box has been cast in the role of villain in this piece, and you know what happens to the villains…. 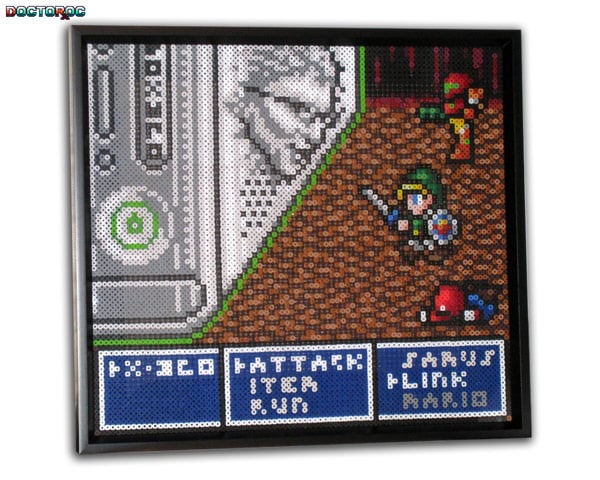 Samus, Link, and Mario taking on the 360 a la old school Final Fantasy. Does it get better? Yes, my friends, it does–at least for the people who get to see the piece in person in Philadelphia. “Fire Wall” will be at the Brave New World comics shop, as part of the 8-Bit & Beyond show on August 7.