It’s possible that I may have fiddled with an Atari 2600 but was probably too young to remember. But I remember the NES – I grew up calling it  the Family Computer – and it’s games, which were loaded in those ridiculous 600-in-1 cartridges: Contra, a game that I must admit I don’t remember finishing, not even after using the Konami Code,  and Double Dribble,  a game that sparked an intense rivalry between my two older brothers – Frogs vs. Ox – and Crossfire, that game with the stupid cheat where the character’s sprite was stuck in a pose but kept moving forward, shooting the enemies while being invincible. Then there was Goonies, and then Battle City. Pardon my rambling, it’s this NES controller business card case’s fault. 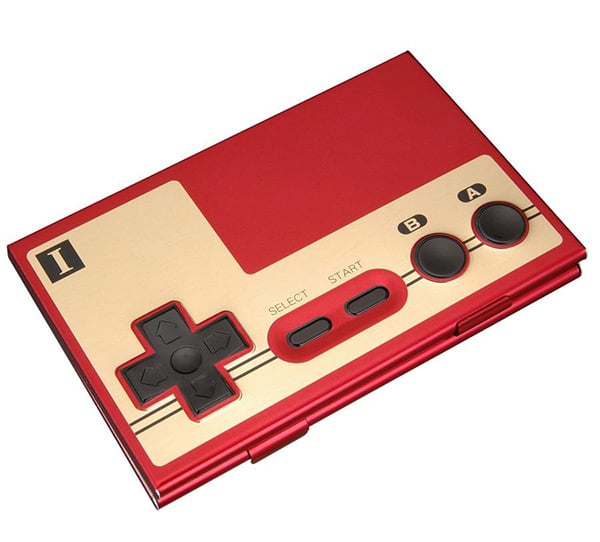 One look at that thing and it all came flooding back. I probably shouldn’t own one of these, or else I might space out and reminisce every time I give out or receive a business card. Not that I’ve ever done either. But if you think you can withstand the torrent of the blocky and pixelated past, you can pre-order one now at Geek Stuff 4 U for ￥2,900 (approx. $30 USD). It’ll start shipping and assaulting the minds of 80s-born gamers this October.