Castle Crashers on Its Way to PS3

The XBLA hit Castle Crashers is set to come to PS3, according to an announcement at Comic-Con. PS3 owners everywhere let out a roar of approval, while Xbox 360 owners stomped around and demanded Noby Noby Boy in exchange. Sadly, we they were ignored. 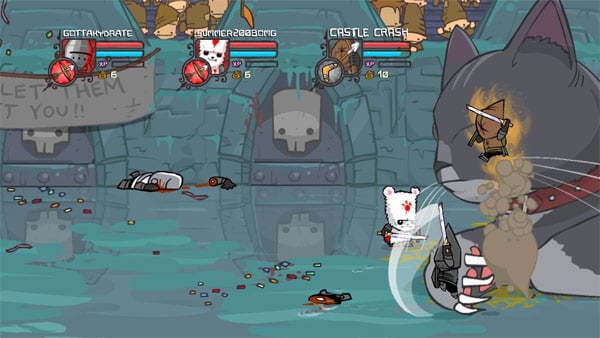 If you’re hoping for some sort of detailed information, such as when the game will be available on the PlayStation Network, well, keep hoping; nothing else was announced beyond the fact that the game is crossing platforms. Well, that and the fact that Castle Crashers seems to run just fine on the PS3. That’s certainly good news!

Now about that Noby Noby Boy….