New Solar-Powered Rover Will Explore Apollo Moon Landing Site in 2011, Provided It Doesn’T Freeze to Death When It Gets There

Carnegie Mellon roboticist Dr. William Whittaker collaborated with Astrobiotic Technology to create a solar-powered unmanned rover that will revisit the Apollo landing site in 2011. The robotic explorer will be sent to look at the materials left behind by the astronauts to see how the lunar environment has affected them. It will also beam back HD video of its endeavors – i.e. exploring a lunar junkyard – back to Earth. 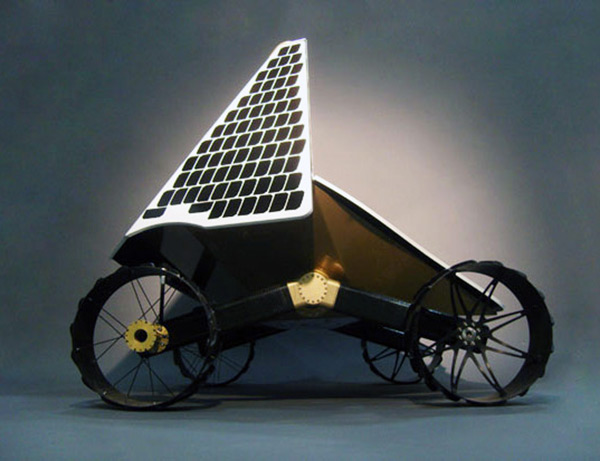 Problem is, the robot’s lithium ion batteries might succumb to the Moon’s nighttime temperature, which according to Inhabitat can be as low as -240°F (-151°C). Fortunately Whittaker and company still have more than a year to go to figure out a way to prevent the rover from suffering robotic hypothermia. 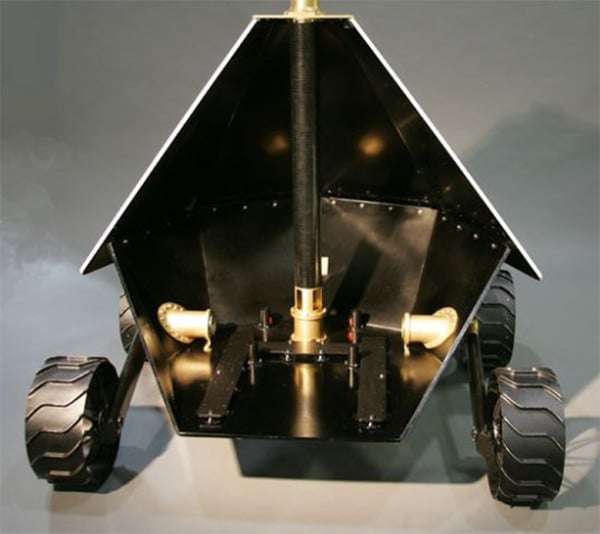 The rover has also been entered in Google’s $30 million (USD) Lunar X Prize, a challenge to build a robot that will – well whaddaya know – “safely land on the surface of the Moon, travel 500 meters over the lunar surface, and send images and data back to the Earth.” Aside from the solar panels, the rover is also equipped with a total of 8 motors, 2 in the hub of each wheel, a radiator (I think it’s not in the picture above). 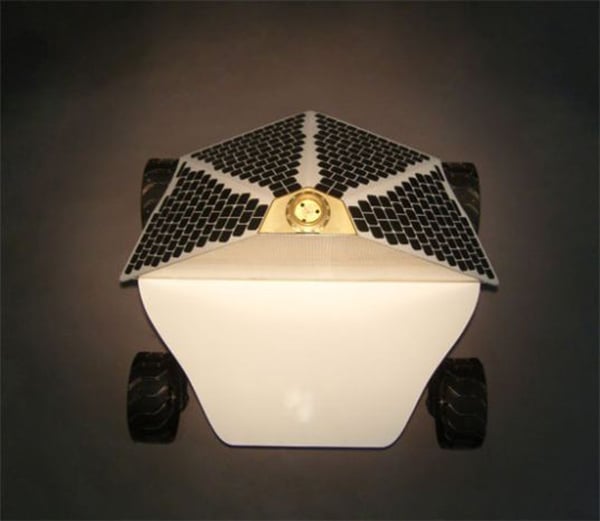 I wish Dr. Whittaker and his collaborators at Astrobiotic Technology good luck. Also Dr. Whittaker, I suggest you contact the folks at College Humor; I hear they’re selling something that might be able to help protect the batteries from the cold.