I’m not so excited about 3D imaging – still can’t print them, for one – but I approve of this 3D digital camera from Fujifilm, because its built-in LCD screen lets you view 3D images and videos without having to wear those headache-inducing 3D glasses. Did I say 3D video? Yes I did. The FinePix Real 3D W1 is equipped with two lenses that allows it to take two images from different perspectives. Fujifilm is also bragging about its “RP (Real Photo) Processor 3D”, which is responsible for blending the data from the two lenses into “a single symmetrical image”. 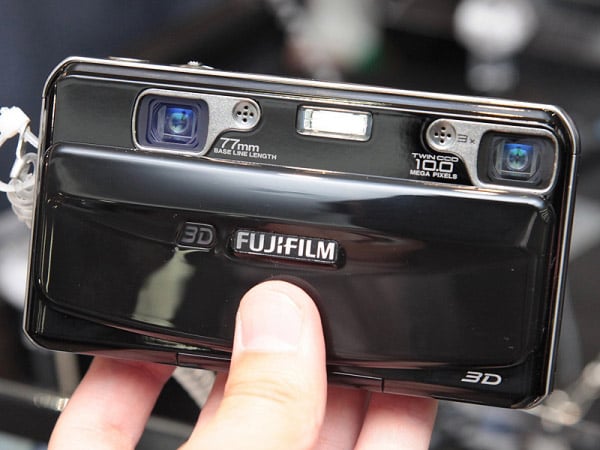 The camera can also take 3D stills and videos at 3x zoom, something that Fujifilm claims is an impressive feat in itself. Like other digital cameras,the camera has built-in editing functions for images as well. The FinePix Real 3D W1 will go on sale in Japan on August 8 for about ¥60,000 ($630 USD).