Trinvo Talking Translator: Say “I Can’t Understand You” in 12 Languages

We’ve already featured a talking translator before, but it looked intimidating and/or boring. Not the Trinvo. It’s a hip and handy talking translator equipped with the very original “navigational wheel.” Wherever you go, people will surely want to talk to you if only to ask what that gadget is that you’re holding. That’s “iPod ba yan?” in Filipino. You’re welcome. 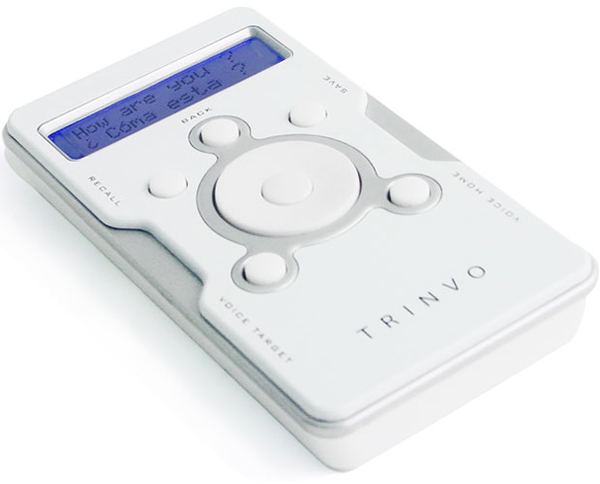 The Trinvo can cross-translate between 12 languages, including Arabic, Chinese (Mandarin), and Turkish. English isn’t supported. I’m kidding, of course it is. The Trinvo (supposedly) speaks using a native human voice, and it’s dictionary holds over 2,500 words as well as over 750 commonly used travel-related sentences for each of the included languages. I hope it can say “I have to urinate”, “I missed my flight”, and “Mommy”. You can also plug in a pair of headphones and listen to the built-in words and sentences via the 3.5 mm jack. You can buy a Trinvo for only £35 (approx. $58 (USD) at Gadgetshop. Hangman and Quiz games included.