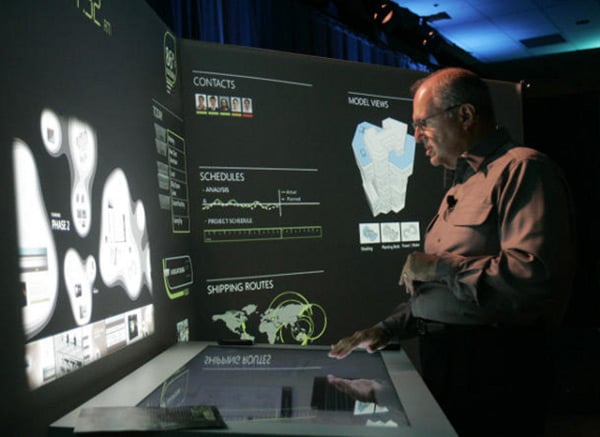 Mundie’s sample office setting eschewed the keyboard, mouse and even the monitor. His desk was a multi-touch surface computer, and the walls were monitors as well, capable of displaying “a virtual window or collection of digital photos to a corkboard of sticky notes or various workspaces.” That’s nice, except I hope that in the future we’ll still have real views and not “virtual windows”. Mundie also showcased a Project Natal-like tech, wherein he put himself in the middle of an architectural demo. Imagine being able to see and walk through a life-size model of your house before it’s actually built. The future is going to be awesome. To those who can afford it anyway.