The guys over at Chunnel.TV scrounged up the preview trailer for the original 1982 classic CGI flick, TRON and compared it with the upcoming 2010 reboot, TRON Legacy. There are no surprises here, but the computer graphics in the new film are just a wee bit better. 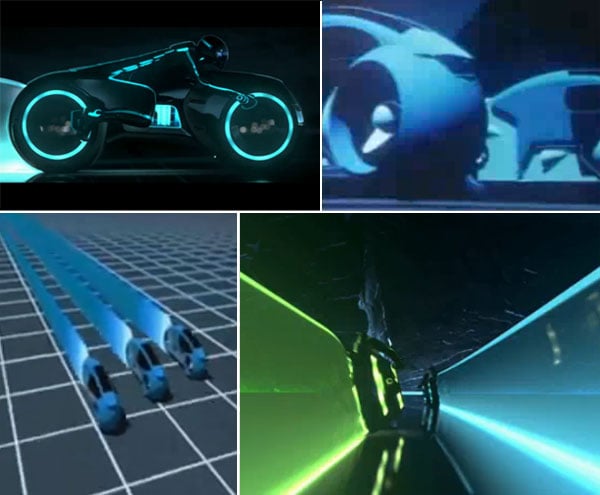 And here’s the trailer from the 1982 original:

Boy, we sure have come a long way. About the only thing these two appear to have in common are light bikes and Jeff Bridges. As the guys at Chunnel point out, being nostalgic is great, but most of us wouldn’t trade in our PS3’s and Xbox 360’s for Atari 2600’s, would we?