These arcade joysticks don’t just look gorgeous, they’re actually only one of two wireless arcade sticks I’ve ever seen for the Xbox 360 (the only other one I’m aware of is Dream Arcade’s new Dream Stick). 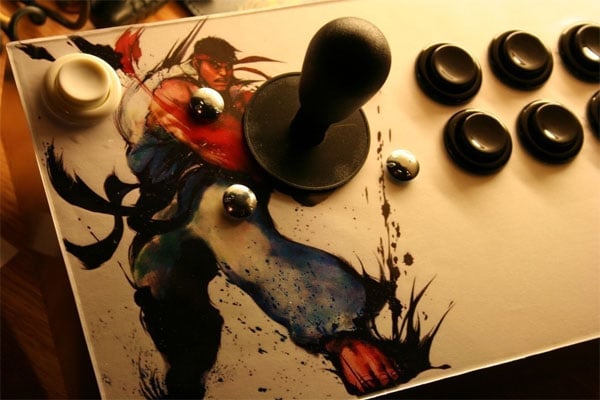 Handmade by Mekishiko916 of GangsterGamer, each controller features American HAPP arcade hardware, including a hefty joystick, and the 6-button layout you’d find on an old Street Fighter 2 arcade game. As a matter of fact, Mekishiko precisely measured the position of the buttons on the original arcade machine, and cut each hole to match that exact spec. 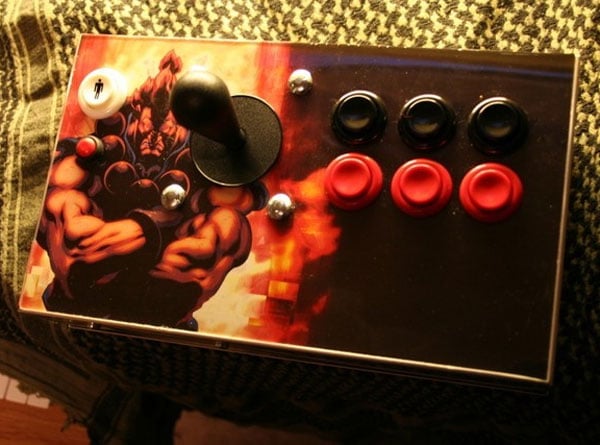 Each one is built into a sturdy aluminum case with rubber feet and a Plexiglas protective layer over a Street Fighter-inspired graphic. The controller has a built-in rechargeable battery pack that can be charged up via your Xbox 360’s USB port. Look ma, no wires! 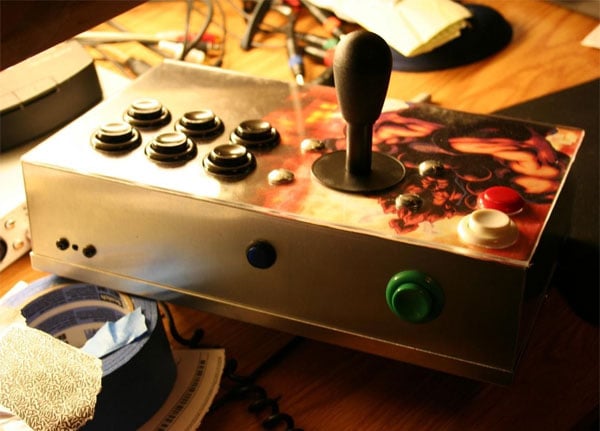 Here’s a video of the of one of the controllers in action:

Currently available in both Ryu (pictured top) and Akuma (pictured bottom), the Xbox 360 wireless controllers are available over on