Final Fantasy Xiv Will have No Experience Points: Does That Mean Everyone Stays at Level 1?

The DVD included in Famitsu’s September issue includes a video clip of FF XIV producer Hiromichi Tanaka and director Nobuaki Komoto giving bits of info about the upcoming MMORPG. One of the things they revealed is that Final Fantasy XIV will have no experience points. Or a point for that matter. I’m kidding. In lieu of experience points, the improvement of players will be measured using numbers, a quantification of their efforts as they complete quests & defeat enemies. It will be called Experienz Pointz. If you’re new to technabob, hello! And please, do not believe a word I say. 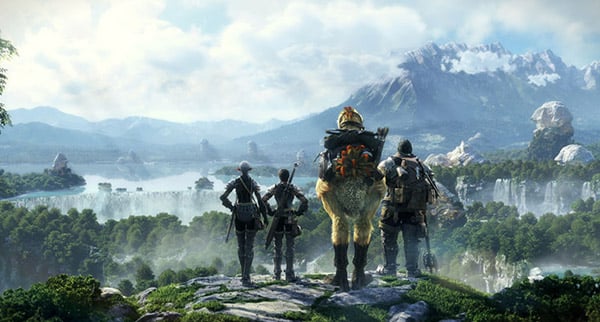 Someone posted the video at YouTube, but unfortunately it’s been taken down. But I heard that Square Enix have heard a lot of negative feedback about leveling up and grinding in the slave-driver that is Final Fantasy XI. I mean we’re talking about a game that has a boss that cannot be defeated even after 18 hours of combat. A virtual enemy that actually caused real status effects on players – that’s how much of an asshat FF XI is. So Square Enix are dialing back on the tedious and obsolete experience point system, and they’re replacing XP with the Bills & Coins system. As in if you want to level up, you pay a certain amount of money to Square Enix. I’m kidding again. Seriously, for real this time, Komoto said, “We believe the main factor behind Final Fantasy XI’s lasting appeal is the job system. However, the system will become something completely different. The focus here will be on weapons. Your weapon will determine how you play. Your weapon will determine how you fight.” Ummm….hasn’t that always been the case?

Sorry for being so negative about this game, but after reading at Kotaku that the races from FF XI were merely renamed for FF XIV, I’m not too confident that this this newfangled “NO XP” system will be a totally different beast. Also, I don’t like MMORPGs in general. Now if someone made a Massively Single Player RPG, I’d be all over that.