Would you survive a zombie attack? If the tech catches up to the idea, ARhrrrr might help you find out just how well-equipped you’d be. ARhrrrr is an Augmented Reality Game, currently in concept form, that aims to tirn smart phones into a window on the zombie apocalypse. 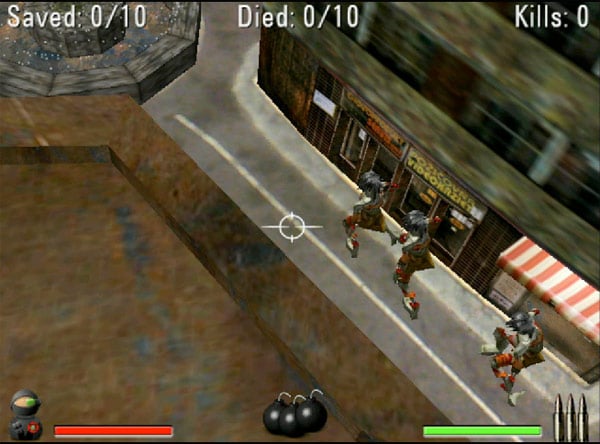 The game draws on the phone’s camera and a special game map to create a 3D city filled with zombies that need killing and survivors that need saving. Move the phone, and the view changes. Sounds like ARhrrrr has some pretty amazing potential.

Unfortunately the idea is a little ahead of smart phone tech, though the folks behind the demo, Georgia Tech’s Augmented Environments Lab (AEL) and SCAD-Atlanta’s Interactive Design & Game Development department, say they’d love to see it in production when that changes… and they’re not alone!