Logitech makes perfect use of wireless USB technology with their Unifying technology, which connects up to 6 compatible mice and keyboards (made by Logitech of course) to a computer using only a single, tiny receiver. It’s an awesome way to free up USB ports on your laptop, but obviously desktop users can also save space and eliminate clutter with this setup. 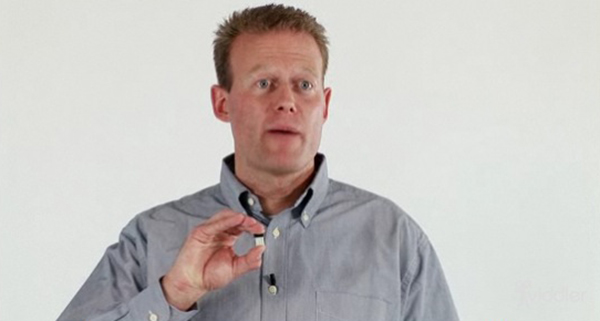 That’s the receiver right there, wearing pink skin and a gray shirt. Of course it’s the tiny thing in the man’s hand, the man being Logitech Senior Product Manager Wim Vanheertu. Watch as he explains his home computing habits, clumsily advertises Logitech devices and finally segues into the Unifying tech.