Mario and all his friends are ready to take on King Bowser and his Queen Koopa in this Super Mario collector’s edition chess set from USAopoly. 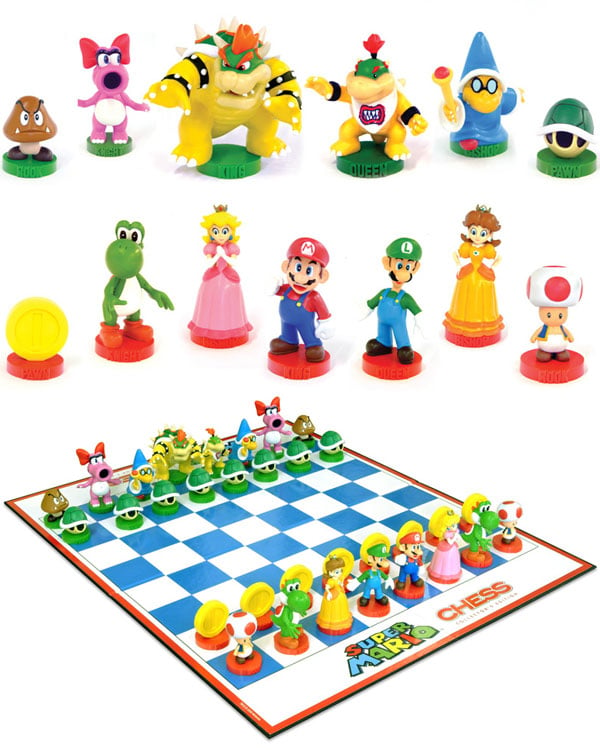 I don’t know about you guys, but I think I’d rather have Toad playing the role of the pawns instead of some lousy gold coins – but beggars can’t be choosers, I suppose. And what’s with Luigi being the Queen to Mario’s King? That’s just a little too weird for me. I know Peach is just a Princess, but still – I think that might have been a better choice. At least Magikoopa looks the part of the bishop. 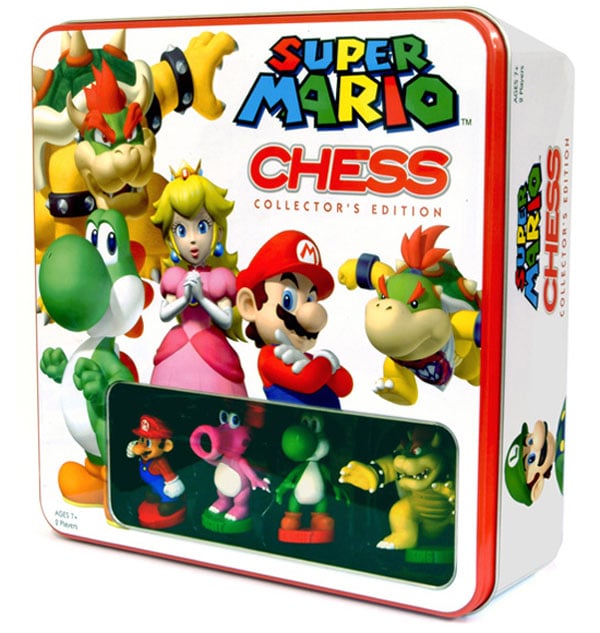 The entire set should be available this Fall, and can be pre-ordered now over at First4Figures for $44.99 (USD). At least they didn’t put a crown on Luigi’s head.