Lightsaber Chopsticks: Use the Force on Your Teriyaki

A long time ago, in a galaxy far, far away, lightsabers were used to eat Asian delicacies. No, not really. But now you can. As long as you live in Japan, that is. 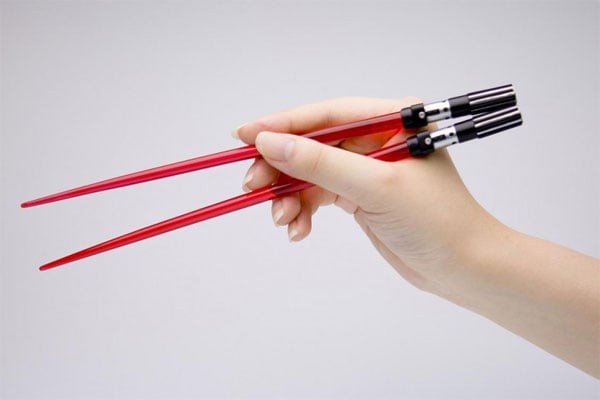 These new ChopSaver chopsticks from Kotobukiya are modeled after miniature lightsabers, and are perfect for picking up dumplings, noodles or barbecued Ewok. Or stir-fried Jar-Jar. 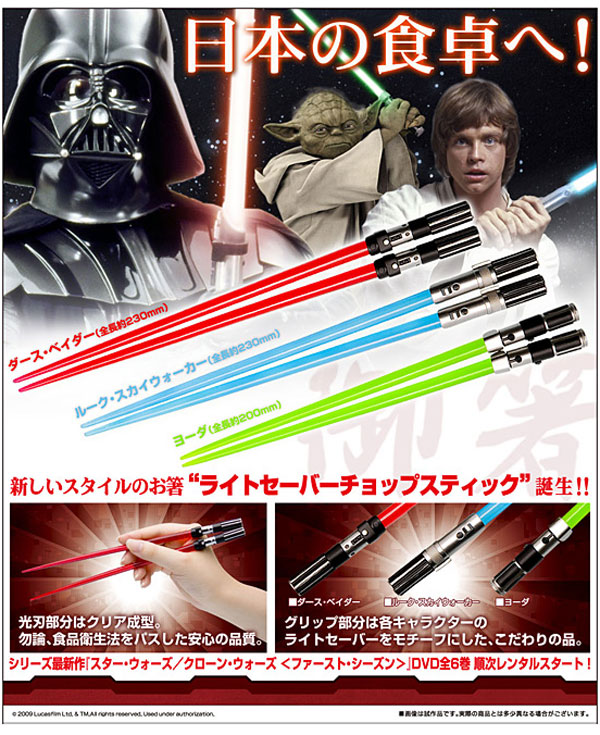 Lightsaber chopsticks available for pre-order in blue, green and red versions over at Amazon Japan for ¥960 a pair (about $10 USD). Expect them to show up Stateside some time in 2010.