Chocolate Mouse: Neither Edible Nor a Rodent

The Chocolate Mouse belongs to a rare class of objects, with seemingly sensible names that turn out to be doubly stupid. Like the English sparrow, which is neither a sparrow nor English, but merely an Average Bird. Or jellyfish, which any halfwit can tell are not made of jelly and are no fish; they’re obviously an advance alien party tasked to eradicate humans, one sunburned teenager at a time. 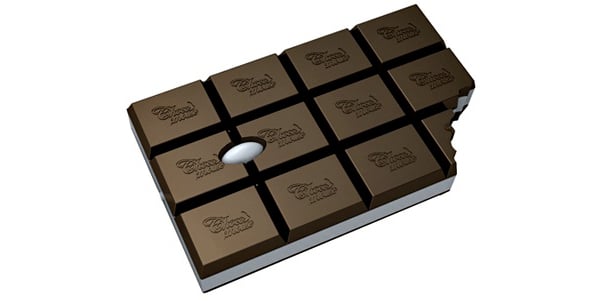 Meh. I don’t care how much people love chocolate, this wireless mouse doesn’t look like it’s comfortable to use. But as the old saying goes, to each his own Chocolate Mouse. You can buy one at Lazybone for $33 (USD). Batteries not included.