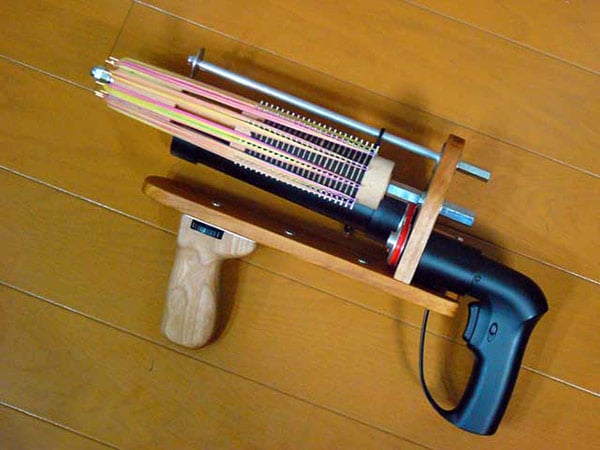 The gun can fire up to 200 rubber bands in rapid succession, and yes, reloading is a bitch. It was made by a certain Mr. Nakamura, who has actually written a book about making rubber band guns. Here he is showing off his gun to an extremely overjoyed old man:

Mr. Nakamura is of course, a member of the Japan Rubber Band Gun Shooting Association. I’m not kidding:

Want to make your own RBMG? Here’s Mr. Nakamura’s online guide. It’s in Japanese of course.