Pocket HD Camcorders Round Up From the Past: Chris Pirillo Overload

It seems that what people want nowadays are rectangular camcorders that can capture 720p video. Not one to question thousands of paying customers, Creative is reeling in its share of the HD – and YouTube – loving crowd with the Vado HD. Then there’s Kodak and their Zi6, and of course the Flip Mino HD and Ultra HD. Now the video reviews I’m about to share with you were posted by famous geek Chris Pirillo more than half a year ago  – December 31, 2008 to be exact. The guy’s a workaholic. 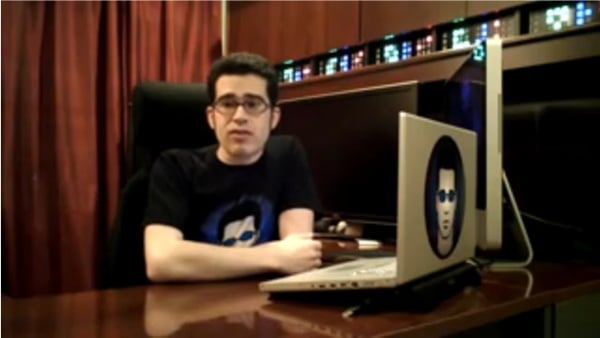 Anyway, even though it’s ancient by Internet standards, Pirillo’s reviewing ninjutsu is quite effective and convincing. To maximize the efficacy of his review, you have to play the following clips at the same time. The video below is the Flip Mino HD’s recording of Pirillo’s review. You can get the Flip Mino HD for about $190 (USD) at Amazon

. The Mino HD has 4GB of built-in memory.

That wasn’t so awesome, but the Kodak Zi6‘s performance is actually a tad worse. It currently sells for $126 at Amazon

. The Zi6 only has 128MB of internal memory, but you can add up to 32GB more via its SD/SDHC memory card slot. Here’s Pirillo one more time:

Finally, here’s the winner of the PirilloPirilloPirillo show: Creative’s Vado HD. The Vado HD has 8GB of built-in memory. For some reason it’s currently cheapest among the three – only $99, at least on Amazon

. And did I say it was the best of the bunch? See for yourself:

Did you watch all 3 at the same time? Are you insane? Why would you do that? Lucky for you, Pirillo didn’t make another video pitting all 3 against the newer Flip Ultra HD. Seriously though, you should do that, Mr. Pirillo, or at least a Vado HD vs. Ultra HD head-to-head. Splitscreen please.