Well, this all-in-one Atari 2600 mod isn’t exactly what I’d call “portable”, but the guy who built it certainly deserves props for creativity. 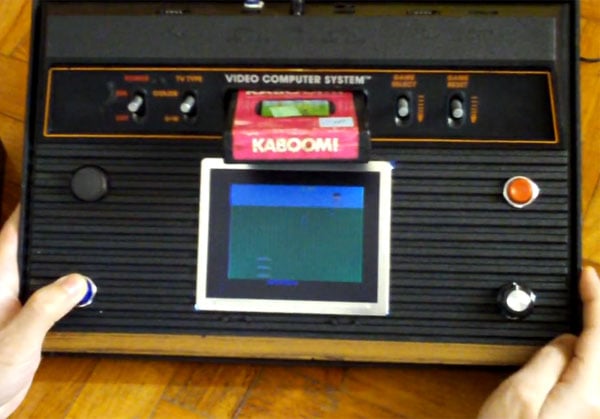 This hacked-together Atari 2600 Portable goes by the name “Stella-Tubby” – which does a good job summing up its less than svelte form-factor as a handheld gaming console. Retro-modder Nonogadi built out this portable 2600 with an integrated 5″ LCD screen, as well as built-in joystick and paddle controllers. Plus, it’ll run on a pair of 9-volt batteries if you don’t feel like lugging around an A/C power brick.

The Stella-Tubby has found its way all the way from Singapore over to eBay auction block, but is priced at the somewhat astronomical starting bid of $400 bucks – a bit irrational for what amounts to a 30 year old gaming system with a $25 LCD screen embedded into it. Still, you’ve got to give it up to Nongadi for the time and effort it probably took to build this oddity.