Imagine this scenario: you’re in the living room. A magical world unfolds on the television screen, a world filled with flowers and butterflies, a world with a golden road unspooling before you. It’s a road that might lead anywhere. And in order to travel that road, you have to sit on a very large whoopie cushion with a Wii remote tucked between your legs, and you have to rock back and forth. 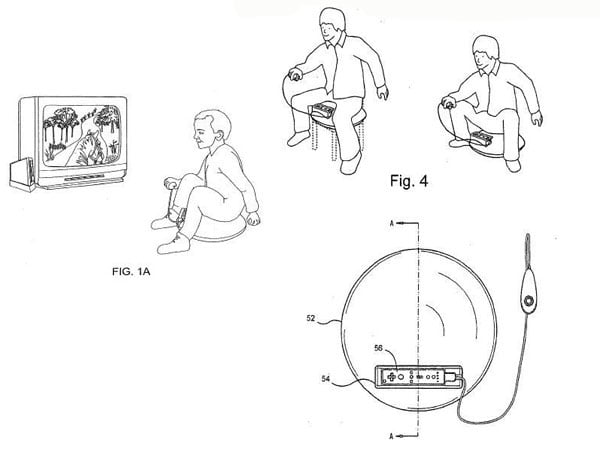 It’s hard to see this patent for a Wii saddle accessory, which surfaced in Europe, as anything at all serious, at least at first. But, looking closely at the design, it actually seems to mimic a saddle pretty well. But even if you could look past the silliness of the idea and its rocking execution, could you visualize much demand for realistic horseback riding games? A Wii plus extras is cheaper than a pony, at least now that demand has slowed down.

And there’s always Panzer Dragoon Orta. I know a lot of people who’d ride inflatable-cushion dragonsaddles in their living rooms all day long. But I bet they wouldn’t want anyone to see them do it.