I have a very vague memory of playing with one of these Terminator joysticks on my old Atari computer system back in the 80s. I can’t believe somebody managed to dig one of these oddities up. 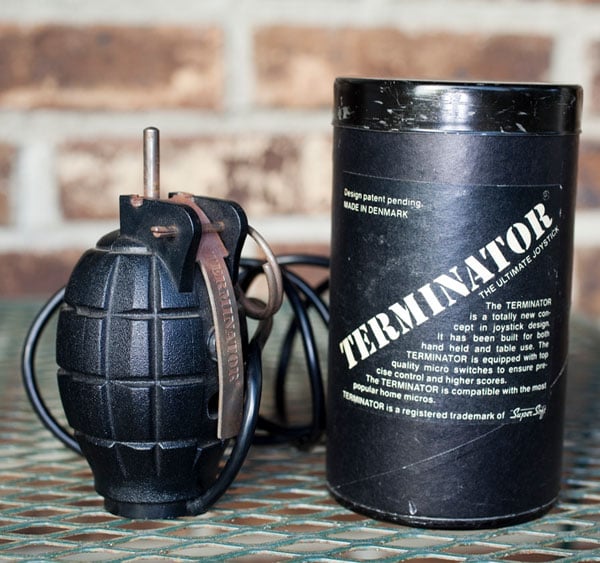 I found these images over on Klonoaxero’s Flickr page, where he says he recently picked up this suspicious looking Danish retro Terminator grenade controller from a friend. From what I recall, the controller had a DB-9 Atari connector so it worked with most game systems and PCs that supported that standard. 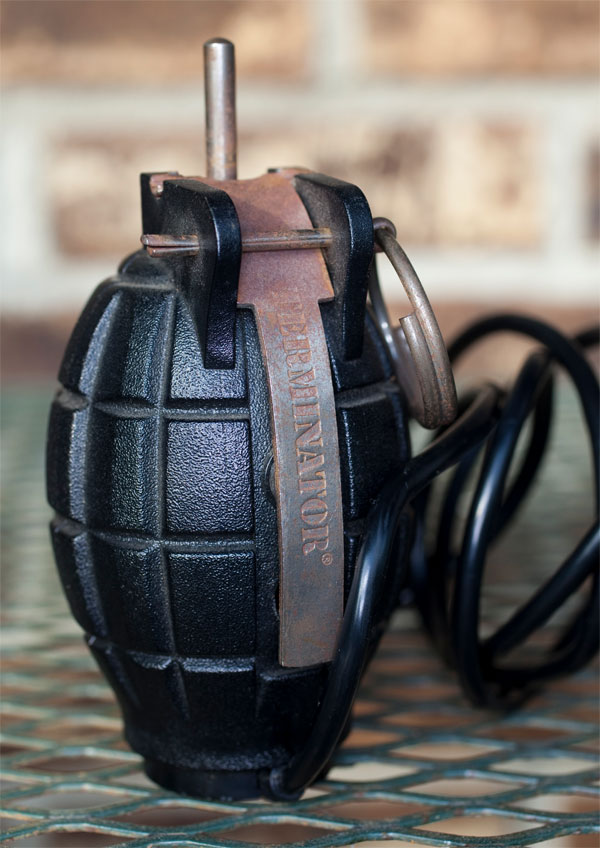 I’m kind of surprised that the Terminator’s tagline was “THE ULTIMATE CONTROLLER” – I was thinking something like “THE LAST CONTROLLER YOU’LL EVER PLAY WITH.”