Master modician Benjamin Heckendorn is known for his video game console-to-laptop transformations, but most of his creations are either commissioned works or are sold for a cause. This time he’s making something for himself, and he’s decided to go with a pinball machine. With Bill Paxton as the theme. Hey that rhymed! 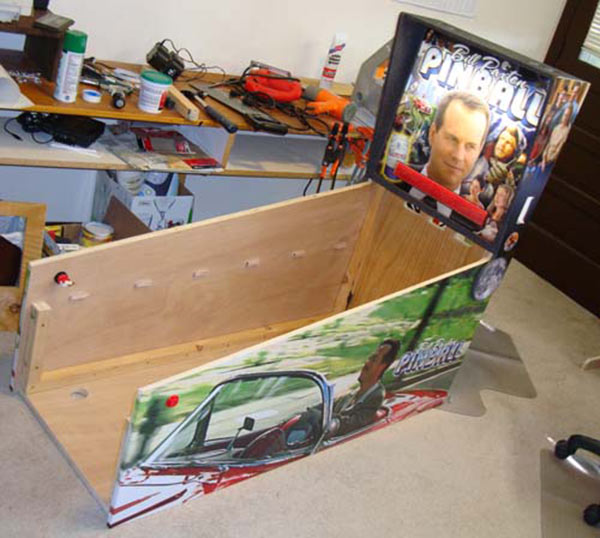 Pax-man’s got a huge forehead. Anyway as you can see Ben Heck’s put various Bill Paxton references on the machine – Bill Paxton the car dealer from True Lies, the moon to signify Apollo 13, and of course the Big Love wives. The game’s mechanics will also be Paxtonized: “…in “True Lies” mode, you’ll need to shoot combos and multipliers to I guess get into Jamie Lee Curtis’ pants.” :D Other modes will be based on Titanic, Aliens and Twister. 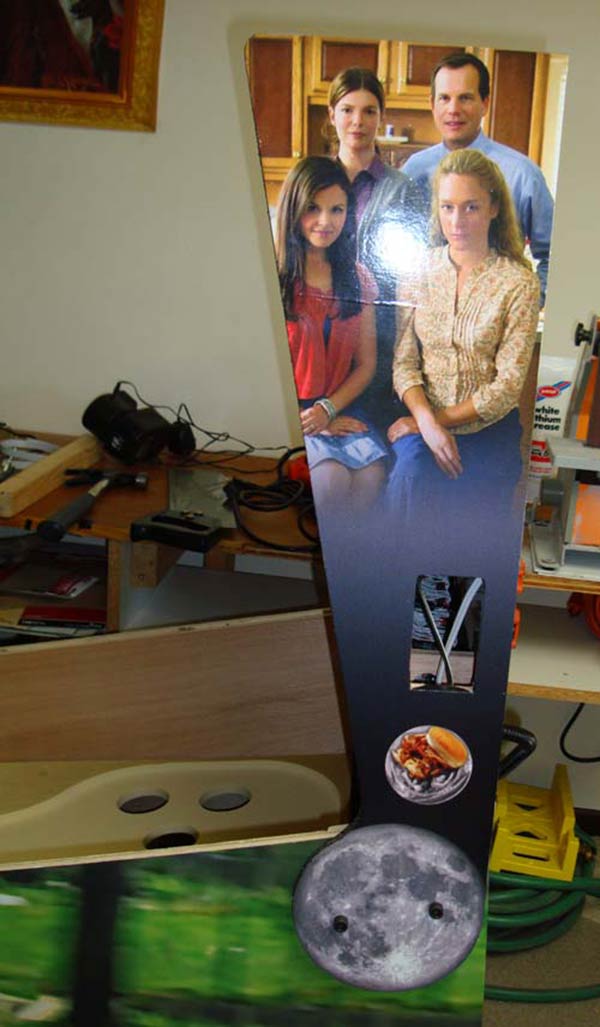 In the end, Ben Heck says that this pet project is all about “building something very complicated from scratch, so the engineering is the real star.” That, and getting into Jamie Lee Curtis’ pants. Check out the full story at Ben Heck’s blog.