Internet Explorer is still the world’s most popular internet browser, but its market share has dropped because of sweet alternatives like Firefox, Chrome, Opera and Safari. And if ReadWriteWeb‘s “reputable sources” are to be believed, a new challenger is about to drop a metaphorical token in the metaphorical arcade machine that’s playing the metaphorical video game of Browser War II. The new browser is apparently called RockMelt, and it seems to be backed by Marc Andreessen, founder of Netscape Communications (the company’s browser, Netscape Navigator, lost Browser War I to Internet Explorer) and currently a member of the board of directors of Facebook. With all these semi-facts in hand, it’s not hard to imagine that RockMelt will be a Facebook-integrated browser. 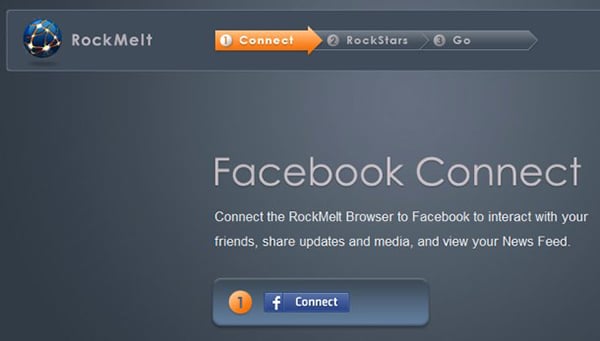 The picture you see above is a shot from an “early build” of the browser. My question is, isn’t everything that’s described above already possible via other browsers? Why would Facebook risk annoying its users by forcing them to use a separate browser in order to get this ultra special friend bonding feature? In other words, instead of making a Facebook-integrated browser, why not integrate the browser within Facebook? On the other hand, Wired’s Fred Vogelstein asserts that Facebook is out to create – or has already created – a second Internet, one where your references and resources are your (Facebook) friends, their recommendations, their lives. If RockMelt is the only browser that can tap into this second Internet, then that would be a huge advantage for Facebook. This could be Google Headache in beta.