Computer Algorithm Does Not Play Mario, It Solves Mario

The Mario AI Competition “is about learning, or otherwise developing, the best controller (agent) for a version of Super Mario Bros.” Programmers have to come up with AI that can solve a “heavily modified version” of the game Infinite Mario Bros. by Markus Persson. That’s all well and nerdy, but if you think this is how programmers have fun, you’re right. 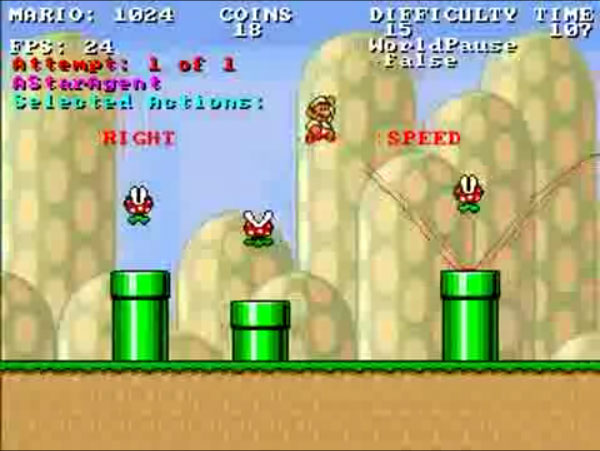 No seriously it’s not just about having fun. Here’s what the organizers say about the contest: “One of the main purposes of this competition is to be able to compare different controller development methodologies against each other, both those based on learning techniques such as artificial evolution and those that are completely hand-coded.” Pardon the screenshot; the algorithm-controlled Mario is just too fast for may screen cap skills. Here’s the AI in action:

Wow. I didn’t even know you could wall jump your way out of a hole.