Big Brother PS3 May be Watching You in the Future

At this point, I’m pretty sure that everything in the damn world is about to be patented as a possible game control system. Right now, someone is filing a patent for a game controller modeled after their grandmother’s little finger. Why? Tea party simulations, y’all. In the meantime, Sony has filed a patent for a controller that depends on your laughter… or your blind rage at the money you’re gonna be spending on all these add-ons. 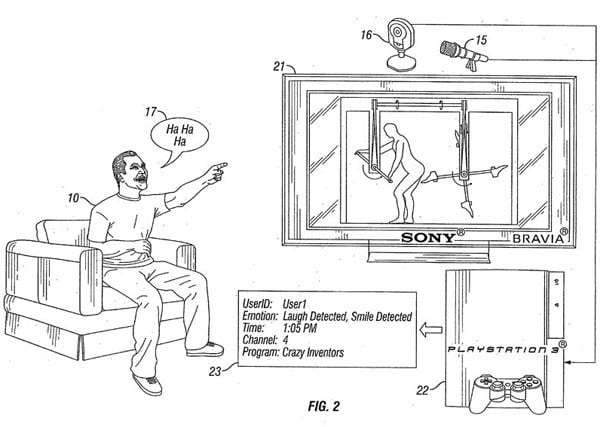 SCEA recently filed the patent for emotion and reaction tracking–a concept that has promise, of course, but sounds hilarious on paper, particularly when coupled with these diagrams (Ha Ha Ha) and their example of two dudes high-fiving when extolling the types of group interaction the device could read. I can see it now: one guy high fives his bro after scoring a sweet basket, and the virtual crowd erupts in cheers. Sure, it works. I guess.

Perhaps the most interesting part of the patent is that this software can be applied to all sorts of media… movies, television shows, whatever. Kinda puts the Nielsens to shame when your machine can read whether or not you’re paying attention to what you’re watching.

None of this really means anything yet, but the next few years will be interesting, as the gaming companies scramble to create crazy artificial intelligences that will destroy us all.

[Siliconera via The Escapist]