It was probably the end of last year when my Blu-ray disc collection was something like 10 discs. Now, just a few months later, I have my collection is probably around 100 discs, and growing. So when I saw the beastly BDP-CX7000ES Mega Disc Changer from Sony, my eyes lit up. 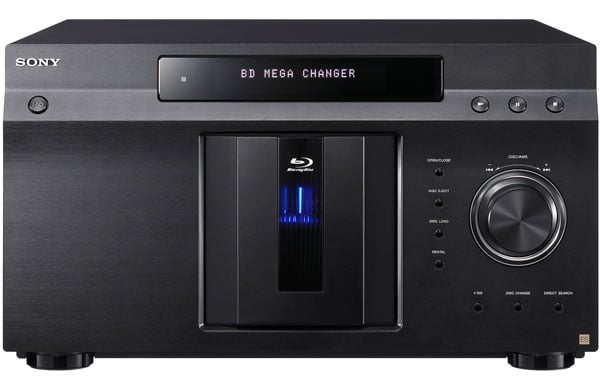 This ginormous disc changer lets you load up to 400 Blu-ray discs (or for you hillbillies out there – DVDs and CDs). In addition to playing a ton of discs without ever leaving the comfort of your BarcaLounger, the player can automatically download Gracenote MusicID and VideoID data over an Ethernet connection, saving all of the information (including cover art) that you need to easily navigate disc titles onscreen. Plus, navigation is easy, thanks to the familiar Sony “Xross” media bar interface that’s made its way onto the PS3, PSP and recent Bravia TVs. 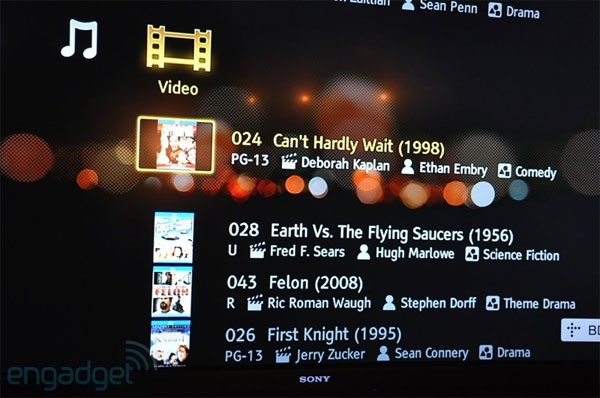 The bad-boy of a player features all of the high-end features you’d expect to find on a top-of-the-line Blu-ray player, including full HD 1080p video and 24p support for optimal playback of movies shot on film. The changer also sports an advanced upscaling system for those rare occasions when you have a crappy old DVD lying around. The Cinema HD upscaler dynamically adjusts image quality at the per-pixel level, which is a rarity in cheap Blu-ray players. Audio support includes Dolby TrueHD, Dolby Digital Plus, DTS-HD and DTS-HD Master Audio 7.1 channel sound.