Just in case you forgot about LEGO Rock Band, there’s a brand new trailer here to remind you, and to educate you on the epic and destructive fun of replacing traditional demolition with rock. 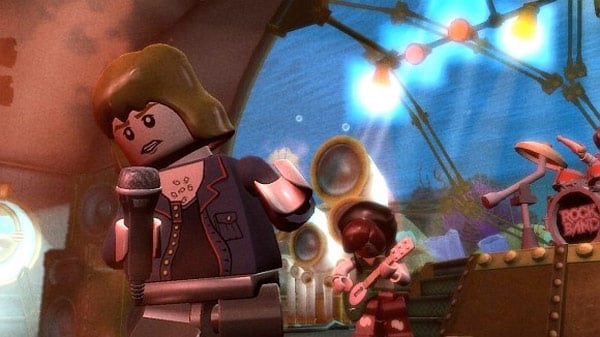 The little scene that takes place during this gameplay clip is amusing, but it’s really the details that stick out to me, like the bricks on the note highway. I’m always enamored of the little things, and here it looks like the little things are going to be the cornerstone of the experience.

Well, that and the awesome LEGO dudes.

If you haven’t had enough of Rock Band and its ilk yet, the LEGO version is scheduled for this year, during the jam-packed holiday season.