Takara Tomy Clockman: Wakes You Up, Then Won’T Shut Up

Clockman is a little cube-dude that’s designed to wake you up and get you going for the day. Sure, he might annoy the crap out of you in the process, but that’s part of the fun. 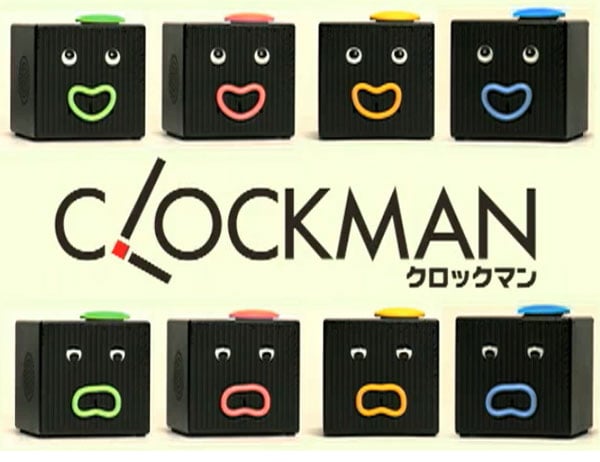 Designed by Japan’s Takara Tomy, Clockman jars you awake each morning with a variety of chatty statements, along with some goofy animated facial expressions. But even after you hit the snooze bar, he seems to keep going, and going, and going. Clockman just doesn’t know when to shut up. Unfortunately (or maybe fortunately) for those of us who don’t speak Japanese, we have no idea what Clockman is actually saying. Here – watch the video below and let us know what you think Clockman is talking about.

I like to think he’s saying something like “What the hell are you still doing in bed?”, “Don’t you have to get to your McJob so you can buy more cheap plastic gadgets from Japan? Loser!” 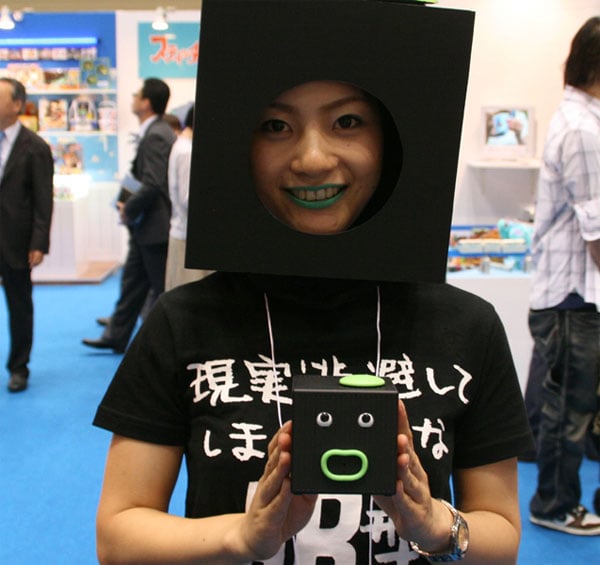 The other weird thing is that you’re supposed to choose a Clockman based on your blood type. There’s AB, B, O and A versions for you to pick from. Why? Why not? The guys over at CScout Japan seem to have an explanation – but it’s about as scientifically sound as biorhythms, horoscopes and tarot card readings. 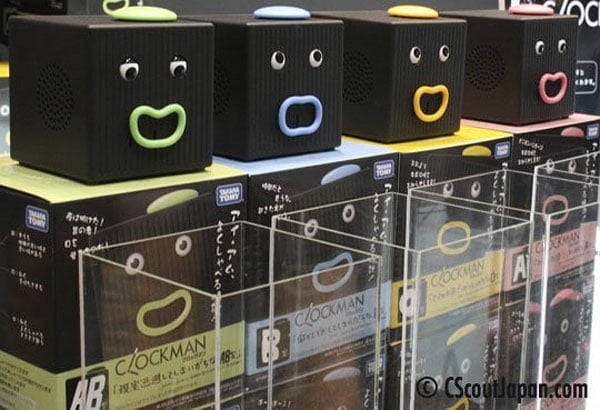 I dare you to buy an O, even if you’re AB negative. Do you think it might reject you like a transplanted organ?

Clockman hits the streets of Japan this September, and it’s doubtful that we’ll see an English-language version anytime soon ever.