While other replicas only look awesome or have loopy sound effects, Ameralis Grafx‘ Tricorder PMP-09 is not only a replica of the famous Star Trek tricorder, it also serves as a portable media player. 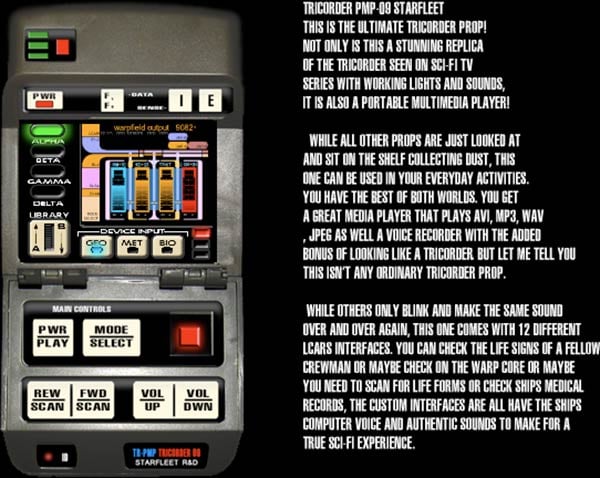 It’s equipped with a 2.8″ TFT colored screen, 8 GB of memory, and a battery that can play 4 hours of video or 12 hours of music before needing to be recharged. The PMP-09 handles AVI, MP4, MP3, WAV, JPG and BMP files. Too bad it doesn’t have a browser. If you could access Google and Wikipedia on this thing you’d practically have half of the functionality of the fictional tricorders.

The media player also comes in 6 different variants, each with their own version of the LCARS interface, also seen in Star Trek. That’s the Starfleet model in the picture above, and below are the Medical, Borg and Marine models. Wait. The Borg had tricorders? 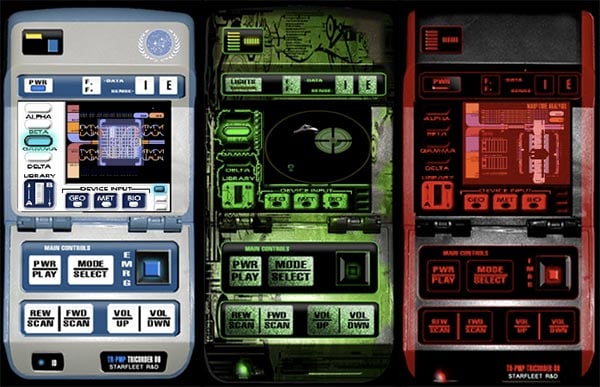 In addition to the stock LCARS interface in each gadget, users can download 12 more interfaces. Here’s the PMP-09 in action; ironically its media playing capabilities are not demoed in the video so it ends up looking like, well, like a replica:

Useless replicas are already pricey, so it’s natural to expect that a useful one would be expensive as well. The Tricorder PMP-09’s starting prices are $350 (USD), $400 and $430, depending on the model. Check out Ameralis Grafx’ website for more details.