Felix Domke, who’s also known on the Internets as famous console hacker tmbinc, recently announced that he has ported the SNES9x GX Super Nintendo emulator – originally made for the Wii and the Gamecube – to the Xbox 360. Domke adds that the emulator runs “on the bare metal”, which hackaday interprets as direct hardware emulation, i.e. no loader or any other software is needed to run the emulator. 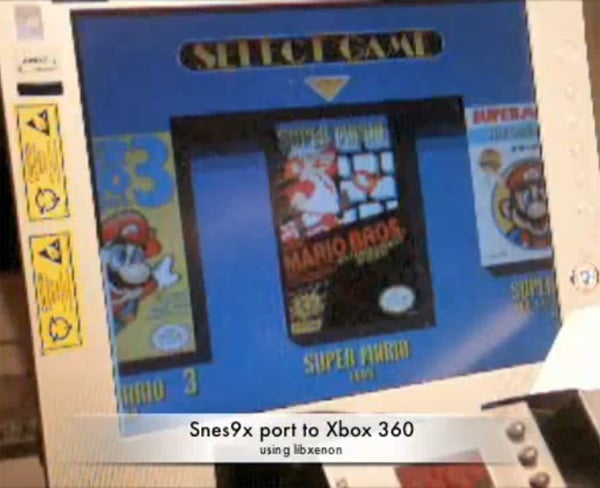 The ported program still doesn’t have a user interface, but it’s working alright. Or not. I leave it up to you to decide if the demo below is indeed running on a 360. +1 to anyone who tells me the artist of the awesome chiptune playing in the background.

This is actually the first time that I’ve heard of a homebrew program, much less an emulator, for Microsoft’s latest console. Even though I don’t have my own Xbox 360, I’m still interested. More videos – with concrete proof  – and a how-to please tmbinc!