Fable 2 Broken Up Into Episodes for Download on Xbox Live

If you missed Fable II or perhaps unloaded the game and wish you hadn’t, you’ll have a new and different shot at the game, in the form of downloadable episodes. Best part? The first one is free. It’s like a demo, but extended, made better, and served with ice cream. Except without actual ice cream, of course (though I’d re-buy Fable if it came with ice cream, I have to say). 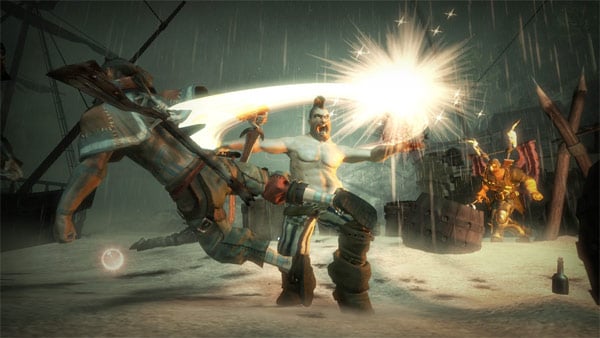 While I’m torn on the overall idea of breaking retail games up into episodic download packs —  just feels like the top of a possibly slippery slope to me — the idea of an entire portion of the game, without restrictions on saves and such, is very appealing.

No pricing available yet, other than the fact this is fully downloadable content and will not require the disc. The episodes will even work with previously available DLC packs… and the whole package debuts next month.