Does your girlfriend really love you? You know how you can tell? Did she make you a giant Xbox 360 controller pillow for your birthday, or did she not? 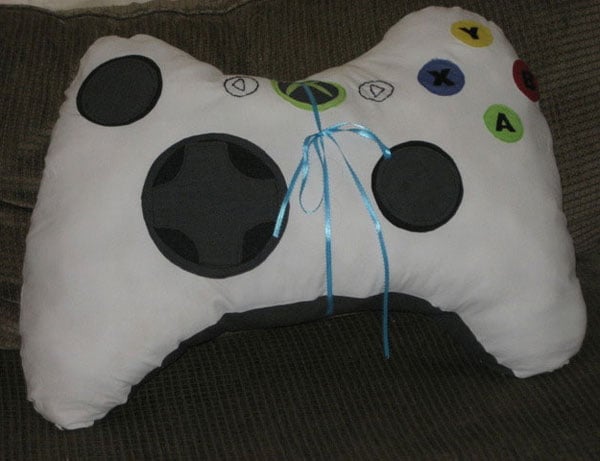 Well some lucky guy named Joe has just that girl. You see, his girlfriend Crafty Heidi thought enough of him to get out the needle,  thread and feathers and handmade him this plush Xbox 360 controller pillow for lumbar support while he’s on the couch blowing up stuff and crashing cars. Here’s Joe in his native habitat enjoying his 360 pillow: 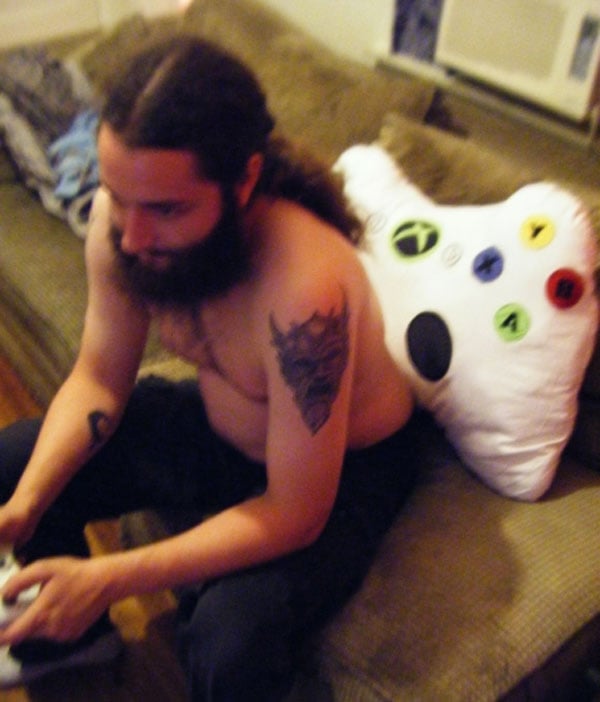 Now even if you’re single, or you just don’t have a girlfriend as cool as Heidi, you can get an Xbox 360 pillow too. The guys over at GameSniped turned me on to this pair of mass-produced Xbox 360 controller pillows over on eBay. They’re not as big or as comfy looking as Heidi’s design (and they’re missing the secret ingredient) but they are still pillows.