Got a spare Nintendo Power Glove sitting around? Why not do something cool with it like turning it into a modern musical instrument? 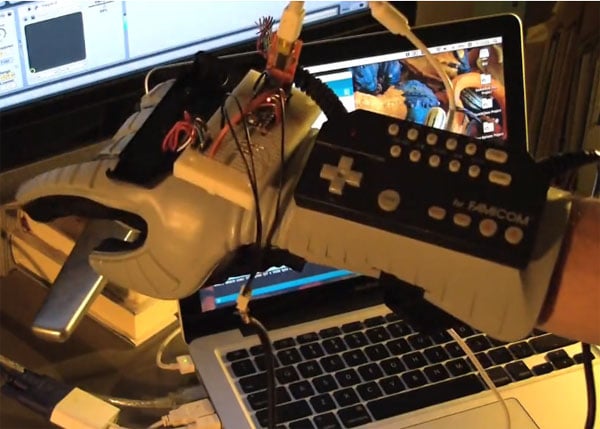 That’s what synth hacker Denkitribe did when he rewired an old Famicom/NES Power Glove to control an Arduino-based controller circuit. The Arduino translates finger movements into MIDI CC messages, which in turn control a digital synthesizer. Want to hear what it sounds like? Then check out this video clip…

The initial prototype still uses the old-school ultrasonic microphone sensors from the original Power Glove, but Denkitribe plans on eventually upgrading the glove to use modern accelerometer technology. But once he does that, I doubt he’ll be able to play any more Super Glove Ball or Bad Street Brawler anymore. Oh, the things we do in the name of hacking.