Freetron Funplay: Play 20 Classic Sega Genesis Games on Your Tv or in the Car

This portable gaming system looks a whole lot like Sonic The Hedgehog. So it’s a good thing that it actually plays a variety of classic SEGA Genesis/Mega Drive games. 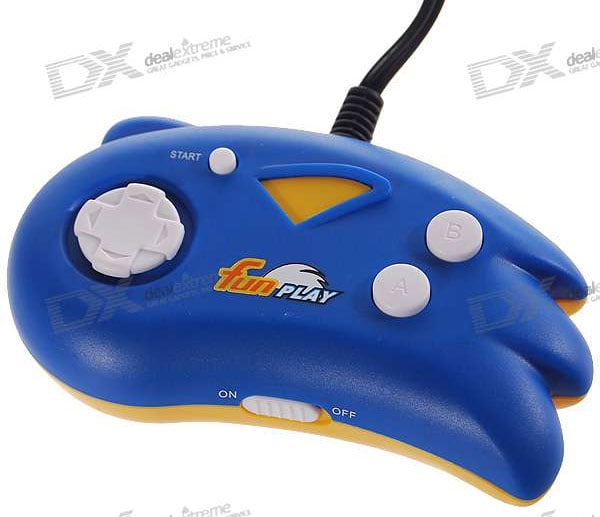 Freetron’s FunPlay 20-in-1 not only can be connected to your television, but since it runs on 3-AAA batteries can be played on the road with portable DVD players (as long as they have a video input). The battery-operated circuit also makes this a perfect candidate for portable game system hackers – although the built-in 16-bit Genesis/Mega Drive emulator is limited to the 20 included games as far as I can tell. 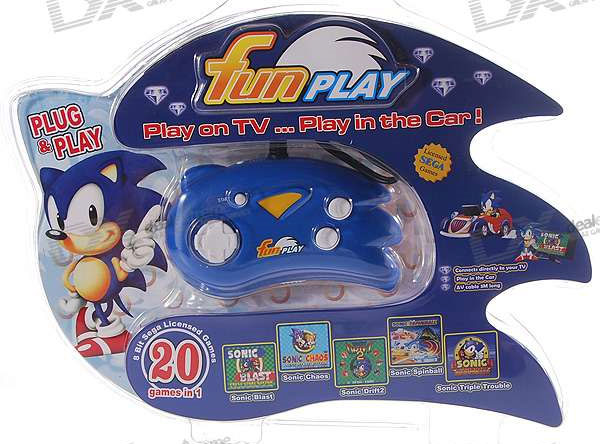 You can grab one of these over at DealExtreme for just under $15 (USD). With 20 fully licensed SEGA games for that price, this thing looks like a pretty great deal. I think I paid $159 bucks for my original Genesis, and that was before I bought a single game.

Of course, if you don’t need to take it on the road, and you’ve got a PS3 or Xbox 360, you owe it to yourself to check out Sonic’s Ultimate Genesis Collection

instead – which includes twice as many games for just $28 (USD).