Ron Bell has been a cinematographer for 25 years, but in his spare time he likes to play with bones. And copper. And aluminum. And glass. What does he do with all these components? Why, he constructs “osteomechanic” sculptures, of course!

If I had a fancy office to call my own, complete with a ginormous oak desk, I would adorn that desk with one of Ron Bell’s sculptures. Probably one that has a bovine-looking skull with wires crawling in and out of its eye sockets. So when clients came into my big, fancy office and sat themselves in the overstuffed leather chairs I provided for them their eyes would be instantly drawn to Bell’s bioelectrical steampunk contraption gone wrong. 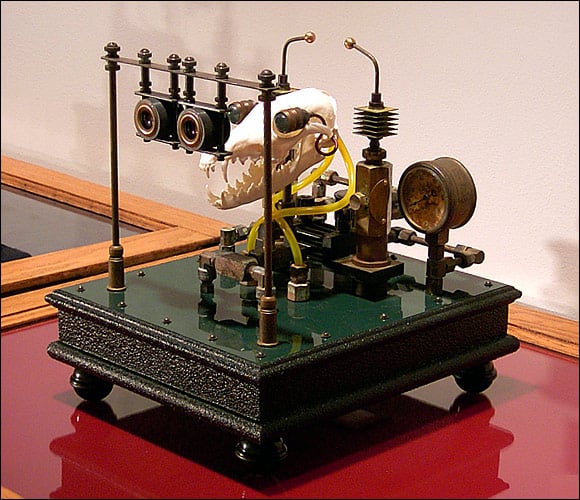 This is probably why I don’t have my own office.

Bell created a whole mess of these sculptures, and his gallery, “Osteomechanics,” is on display at the Packer Schopf Gallery. According to Bell, his was inspired by 18th century Italian physician and physicist Luigi Galvani, who got a severed frog’s leg to hop again (loosely speaking) after introducing its exposed muscle to an electrical charge. Although, without all the gooey parts that go over the top of ‘dem bones, I don’t think Bell is going to have much luck animating his biomechanical monsters. 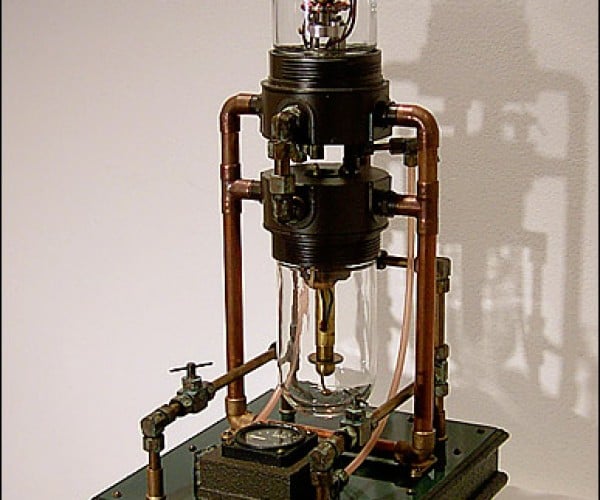 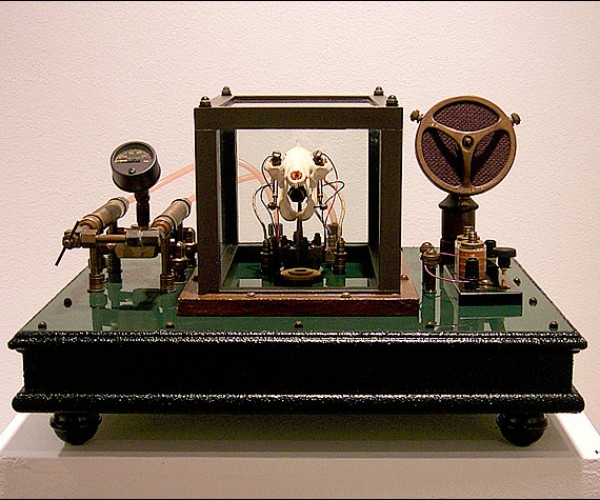 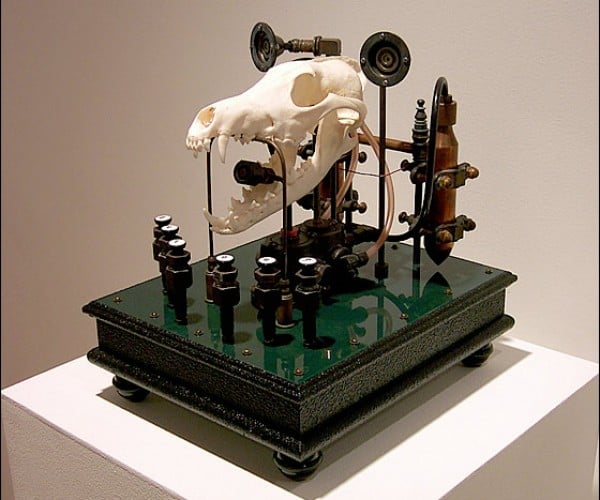 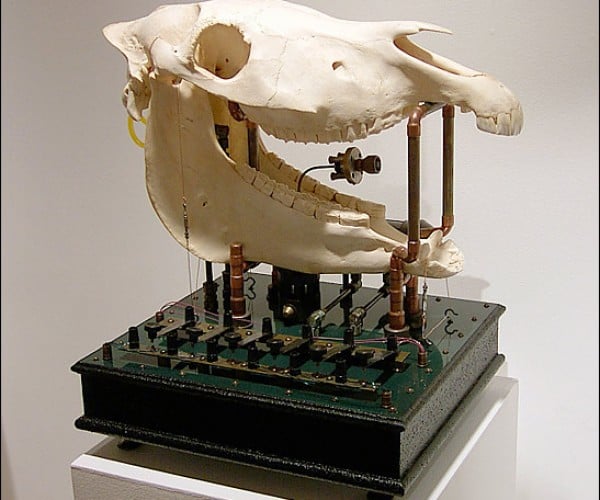 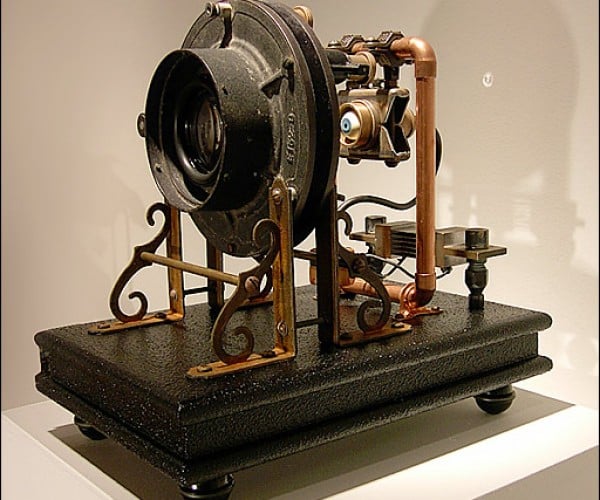 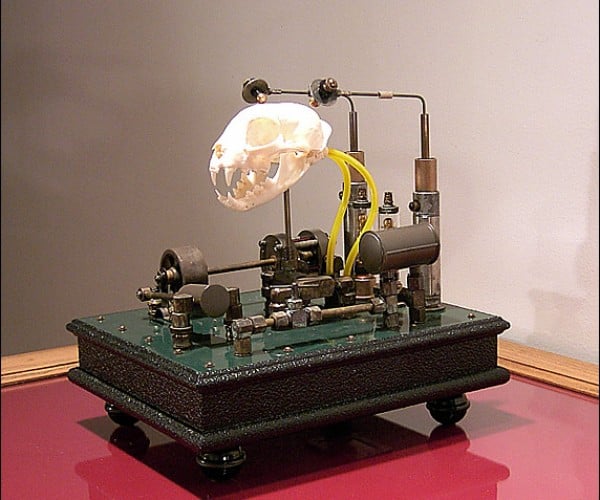 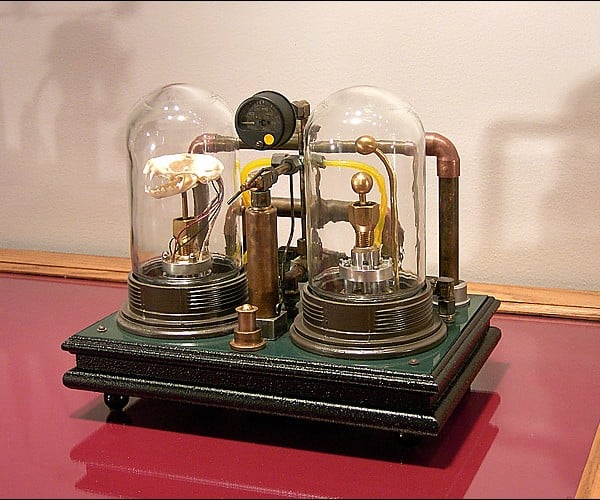 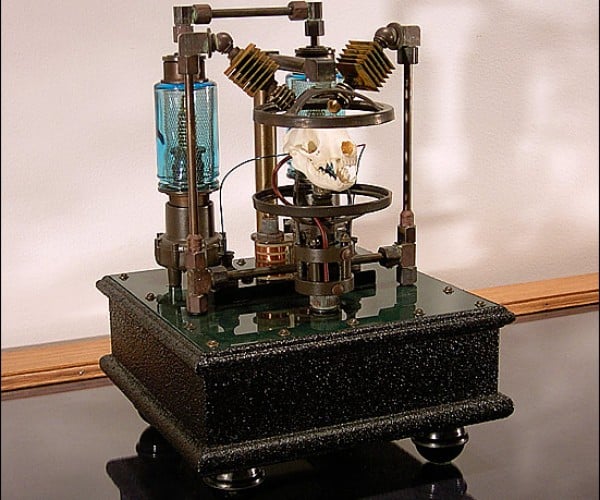 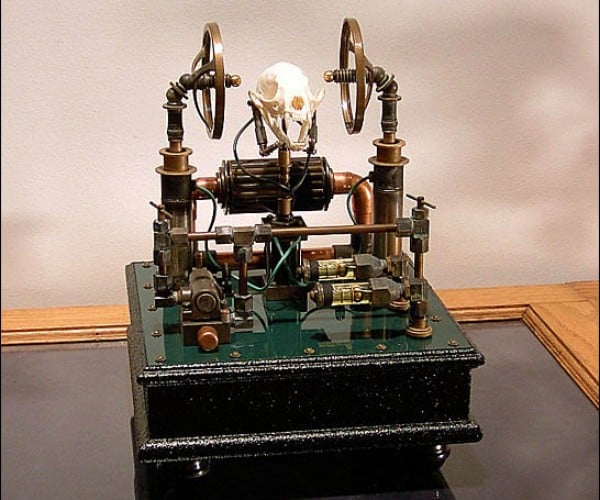 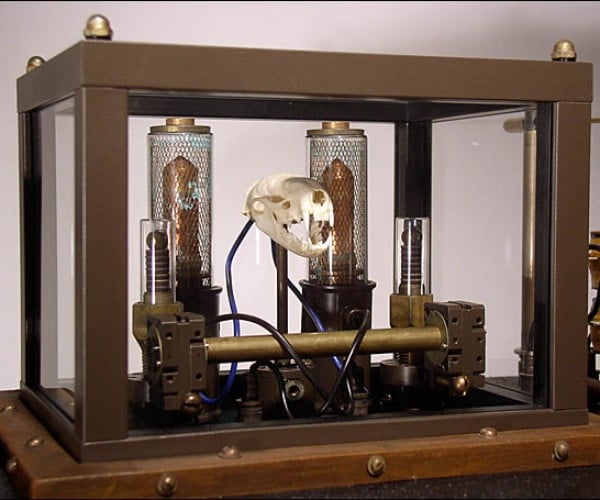 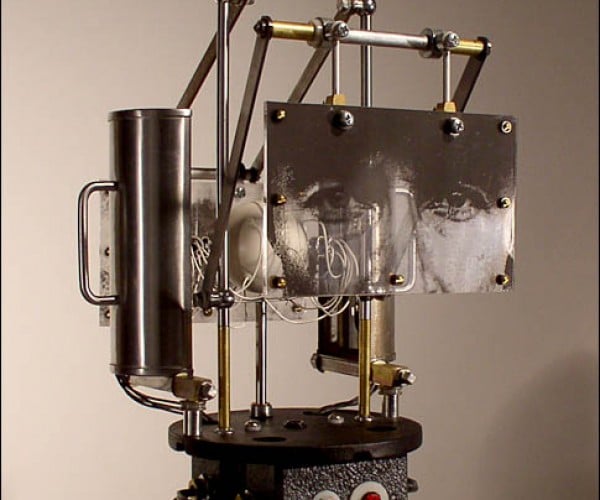 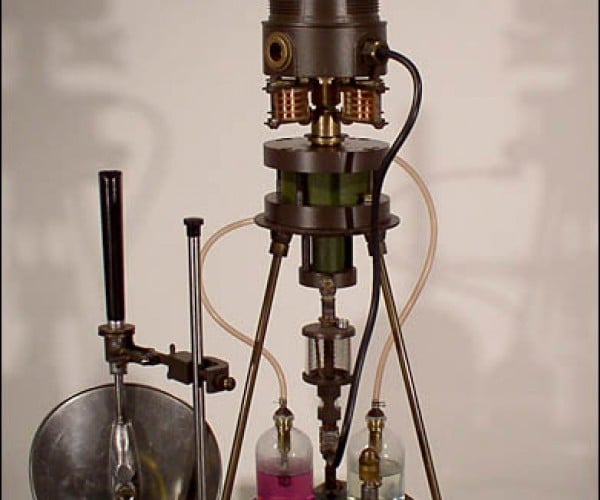 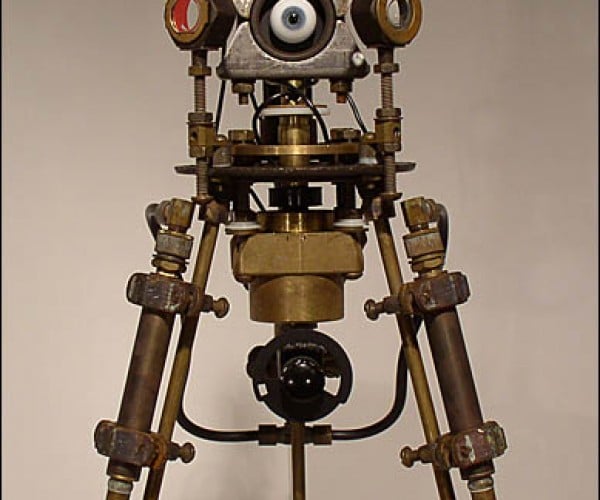 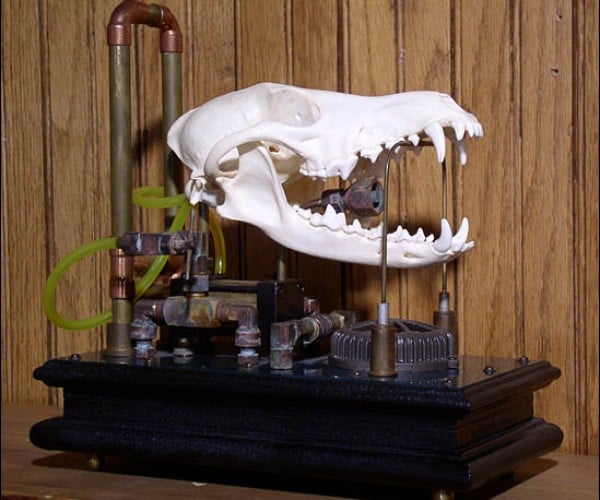 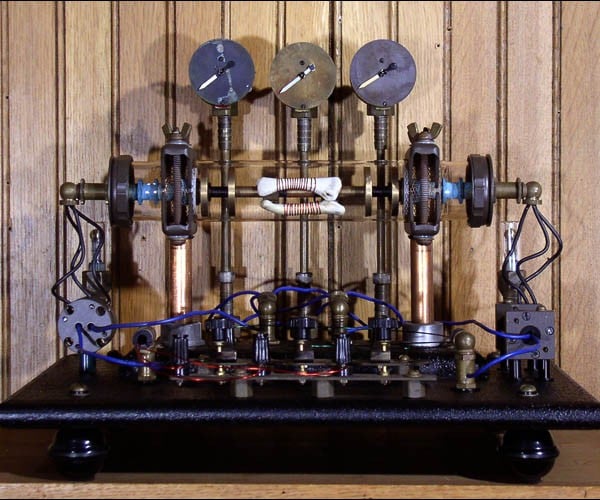 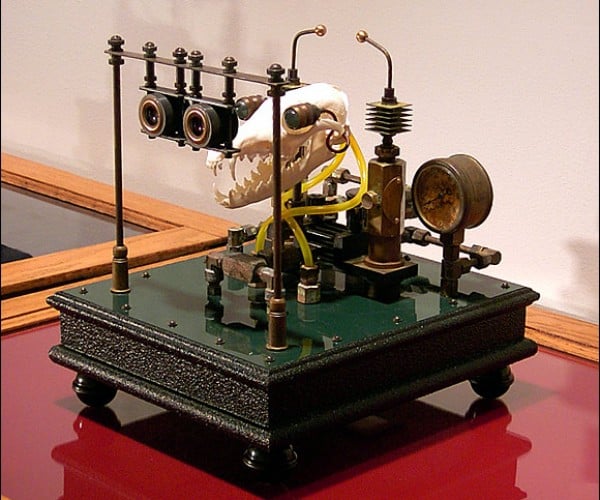 A few of Bell’s contraptions remind me of that device from Wild Wild West – the one Artemus Gordon (Kevin Kline) used to project the last thing some dead scientist had seen, which were apparently imprinted on his eyes. Yeah, that’s right, obscure Wild Wild West references for the win. That’s how I roll.