I’m starting to think Nintendo (maybe all of the big three, actually) employs a division whose sole job is to produce ridiculous patent applications designed to create waves of silly throughout the wide plains of the Internet. I find that a much more plausible explanation than the idea of yet another Wii accessory–especially one that is a squashy football. 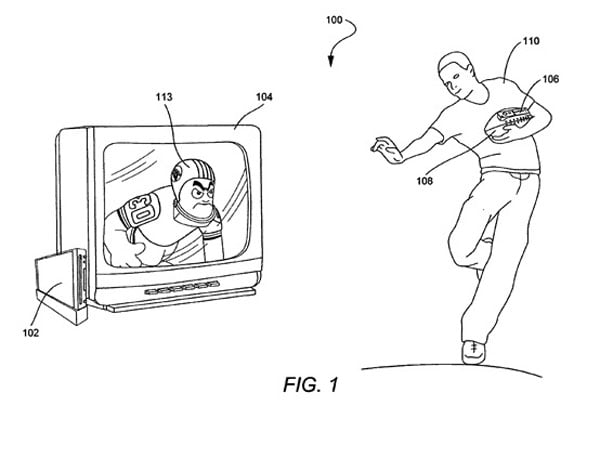 If you can take that cartoon television seriously, you’re a better person than I.

The football controller is designed to assist in a real-world football experience. This means throwing (except not really, because we know what happens when you throw your Wii remote around a television) and running (except not really, because there’s no room in your house with all the Wii accessories), and your motion is picked up by the controller, which is tucked safely inside the squishy football accessory.

it could be fun. Rock Band sounded a little silly at first, too (to me, anyway). But how many controller add-ons do we really need?