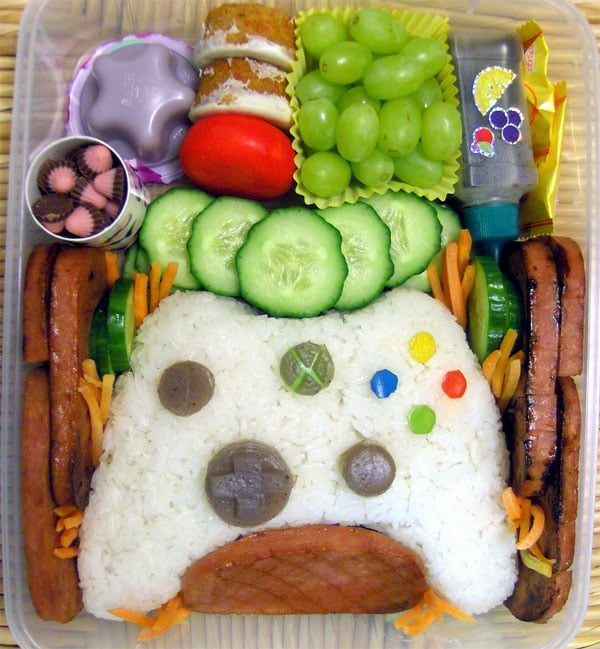 Bento box maker extraordinaire Laura Bento created this edible Xbox 360 controller meal for her husband. The Xbox 360 bento box was made from many items not found in a conventional Xbox 360 – including seedless cucumbers, grapes, japanese yam cakes, egg white, star jelly pudding and teriyaki-flavored SPAM among other delicacies. But the main element – the controller – is made from good old jasmine rice.

And if you do find yams and lunchmeat stuffed into the DVD tray of your 360, don’t blame me. I didn’t do it.