Lumines for iPhone: Might as Well Solder It to Your Hand Now

The gamers among us have all had those nights of long hours and dry eyes, the mutters of “just a little further,” and the bleary post-victory mornings when there is just not enough coffee in the world. That’s what playing Lumines is like, except it lasts forever, or until someone forcibly takes the game away from you. 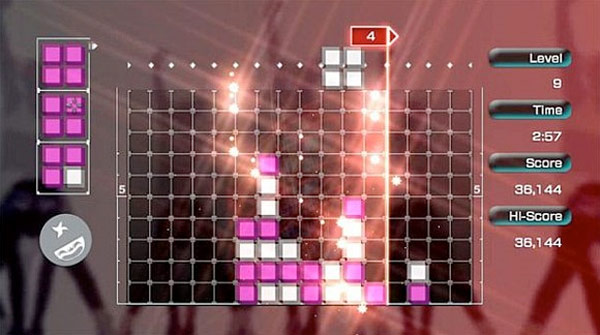 I may sound a little over-enthusiastic in the above… but probably only if you haven’t experienced the highly addictive craziness that is Lumines. Q Entertainment’s wild puzzler looks good, sounds good, and will imprint itself upon your brain and reign there forever. And it’s coming to the iPhone! Pricing and firm release date have not yet been announced, but sometimes, the news is enough.

And just in case you’d rather experience Lumines via XBLA or the PSN store, the downloadable versions are about to get their prices slashed. Truly, there’s a little something for (almost) everyone in this news.