Of course, that’s because this cheap Chinese knock-off isn’t a MacBook at all. It’s a Windows PC in sheep’s clothing. 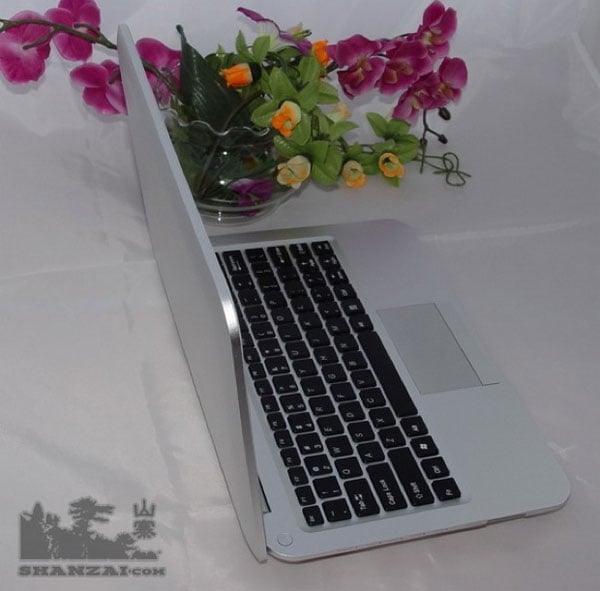 Doing its best impression of the MacBook Air, this clone is designed to run Windows, not MacOS (check out the Windows key on the keyboard!) The machine features a “full metal jacket” case, and an 11-inch LCD screen (compared to the MacBook Air’s 13-incher). 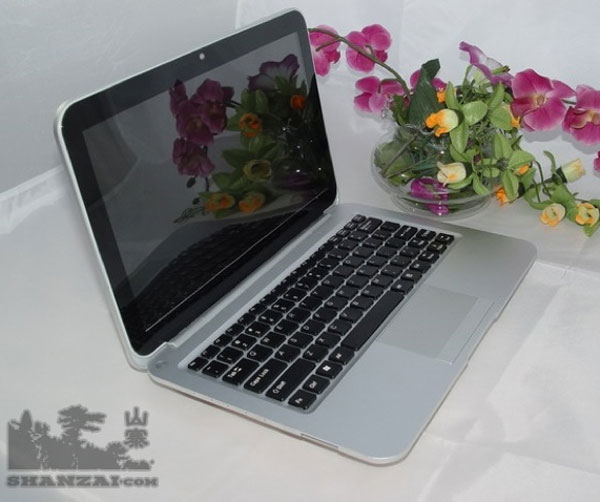 While the fake Air is a bit thicker than the real deal, it also weighs less (1.33kg vs. 1.36kg for the MacBook Air). It runs on a lowly Intel Atom 1.6GHz CPU, with 1GB of DDR2 RAM, and has a 160GB hard drive built in – so it’s more like a netbook than a full-powered laptop. From the pics above, it actually doesn’t look half bad, but once you check it out from the side, it definitely doesn’t have the same precision engineering of the real Air. 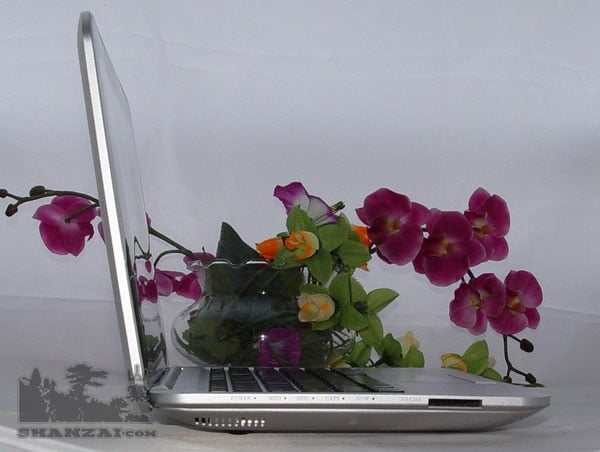 The unbranded notebook PC is expected to hit the streets of China this September for a retail price around $290 (USD), which means you could buy yourself 5 of these for the same price as the cheapest MacBook Air out there. Maybe you could turn one of these into a Hackintosh and then the circle of life would be complete.

[Shanzai.com via Engadget via Cult of Mac]