That was Fast: Shadow Complex in LEGO

Shadow Complex was released for XBLA fewer than ten days ago, and not only is it hugely controversial, but it’s also got a LEGO tribute already. And you thought something like Grand Theft Auto IV made a splash. 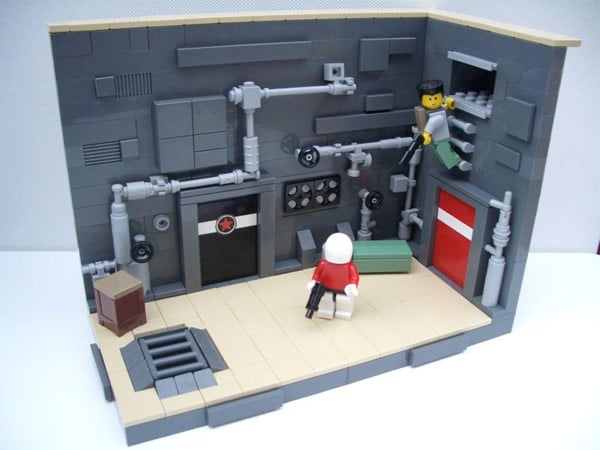 Aww, even the guns are adorable!  You’d never guess that people have been arguing about boycotting this sweetly violent little scene. Shadow Complex is based on a novel by Orson Scott Card, who is notoriously active in campaigning against gay rights.  But it seems that the overwhelmingly glowing reviews are winning out against gamer distaste, as Shadow Complex has rocked XBLA downloads.

And people are crafting little LEGO scenes. Speaking of… as good as Shadow Complex may be, LEGO bricks will always be better. They have truly infinite replayability! But Shadow Complex will only cost you about $15, whereas bricks? Not always so cheap.