Ever try to install a satellite dish? Speaking from personal experience, I can say that finding the right line-of-sight from the dish to the skies can be a real pain in the a$$. Now there’s a new app coming for the iPhone 3GS that could make satellite dish positioning just a bit easier. 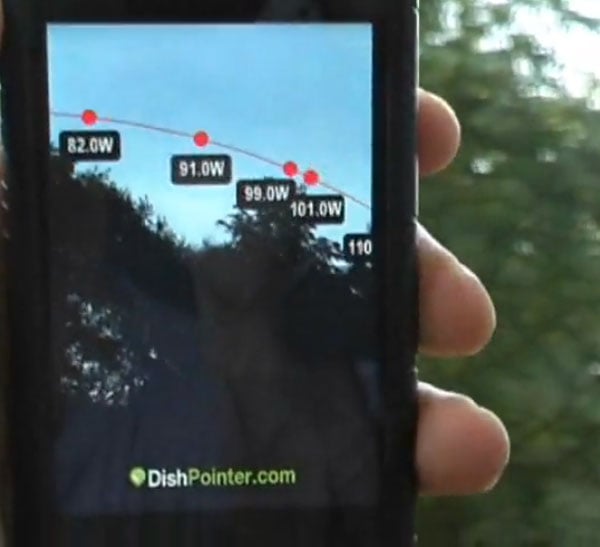 DishPointer’s next-generation software uses augmented reality technology to overlay the exact position of the satellites on the live video from your iPhone. The application takes full advantage of the iPhone 3GS built-in compass, GPS, and accelerometer to show you the locations of the satellites in the sky. Check out the video below to see a preview of the application in action:

You’ll have no excuse for those pesky tree branches or leaves getting in the way of your mega 5-LNB high-def dish with this app in hand. And if you’re a satellite dish installer, you’ll definitely want this in your bag of tricks when it’s released.

DishPointer hasn’t revealed when the new augmented reality app will hit, but says it should coincide with the release of iPhone OS 3.1 (rumored to be in September). For now, you can check out DishPointer’s other satellite pointing apps here.