Dive Back Into the Deep With Endless Ocean 2 [Nintendo Wii]

With the definition of just what a game is expanding so rapidly, mellow experiences like Endless Ocean and its forthcoming sequel are beginning to seem absolutely normal. The scuba diving games have an emphasis on exploration and the beauty of the ocean, without a lot of the goals and challenges that crop up in traditional games. These titles are about swimming and seeing–just like real scuba diving, but without that constricting suit. 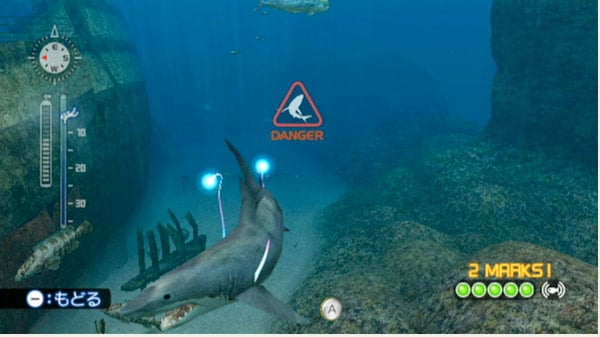 That said, the sequel includes a few more goals and the challenges of animals that will attack you if you’re not careful. Here, the dangers of exploration in the open sea have become a factor, but the emphasis is still on the exploration, not beating sharks off in a panic.

A new trailer is available, showcasing the sequel’s improved graphics.

This is one franchise I do hope continues, with new iterations every few years, because this is one area where improved graphics and functionality will begin to make huge differences. The sequel features voice chat for dives with friends over the Nintendo Wi-Fi connection.