Gundam fans! Veda (Vader?) is real! And it’s in Japan of course. Fortunately the Veda International Robot Research and Development Centre isn’t out to control or enslave humanity. It’s a joint project by robotics company Tmsuk Co. along with 10 other universities and research institutions. Veda’s first project is 0 Raiser. No wait it’s Rodem – a not-wheelchair that looks like the front half of a huge motorcycle. 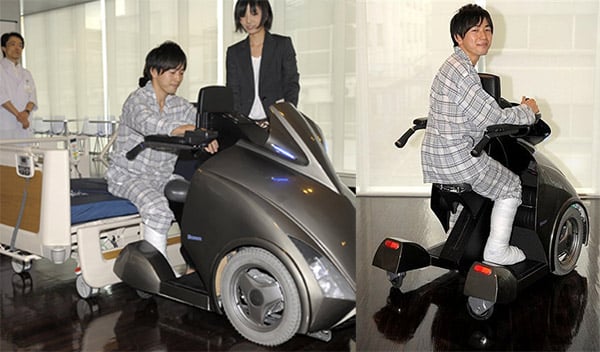 The scientists who are developing Rodem want to make the people who use wheelchairs more independent. As high tech as this not-wheelchair looks, it’s shape was dictated mostly by common sense. The half-motorcycle setup makes it easier for users to get on or off the Rodem. It also “promises greater mobility”, though I don’t suppose it’ll zip the elderly around at motorcycle speeds. It’s not visible in the pictures, but according to Physorg, users will steer the Rodem using a joystick instead of the handlebars. 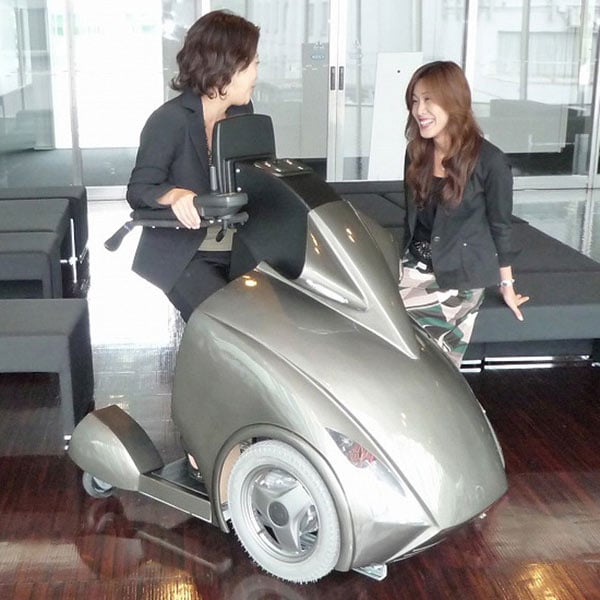 Right now Rodem isn’t much of a robot, but the people at Veda still want to add more features to the not-wheelchair; for example, Tmsuk president Yoichi Takamoto said, “…we could add a new function so it comes to your bedside when you call.” That’s a helpful and robotic feature, Takamoto-sensei. My only concern about the Rodem is it’s lack of a backrest, which means that users won’t be able to take a nap while riding it. My other concern is that it’s not a wheelchair, so people shouldn’t be calling it a wheelchair. It’s a wheelsaddle is what it is.