Touchscreens these days mostly allow us to use our fingers like a mouse cursor – point, click, slide etc. Designer Seonkeun Park wants to make a phone for the blind, with a screen and keypad that can form Braille symbols. Park says that the phone’s surface will be made of a material called Electric Active Plastic in order to achieve what Unpluggd calls “functional tactile feedback.” 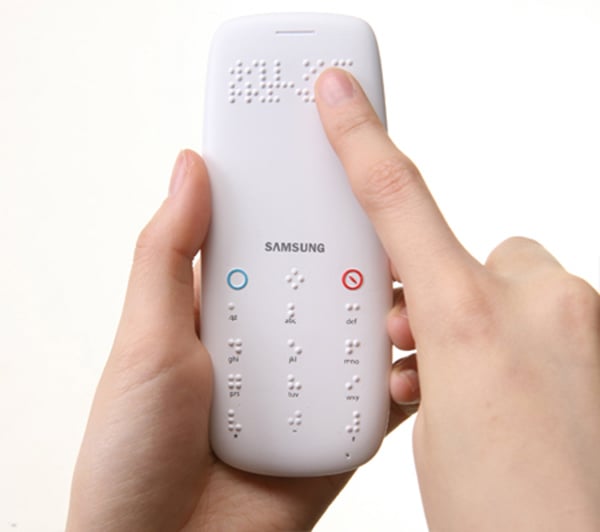 Awesome. It’ll allow blind people to read LOL or BRB. And because they won’t need audio feedback anymore, they could sneakily text or play games on the phone even while pretending to do something else. Seriously though I would love to see this in action; I guess it would look like the phone is alive as the dots pop in and out of its surface. Here’s some more info about the braille phone: 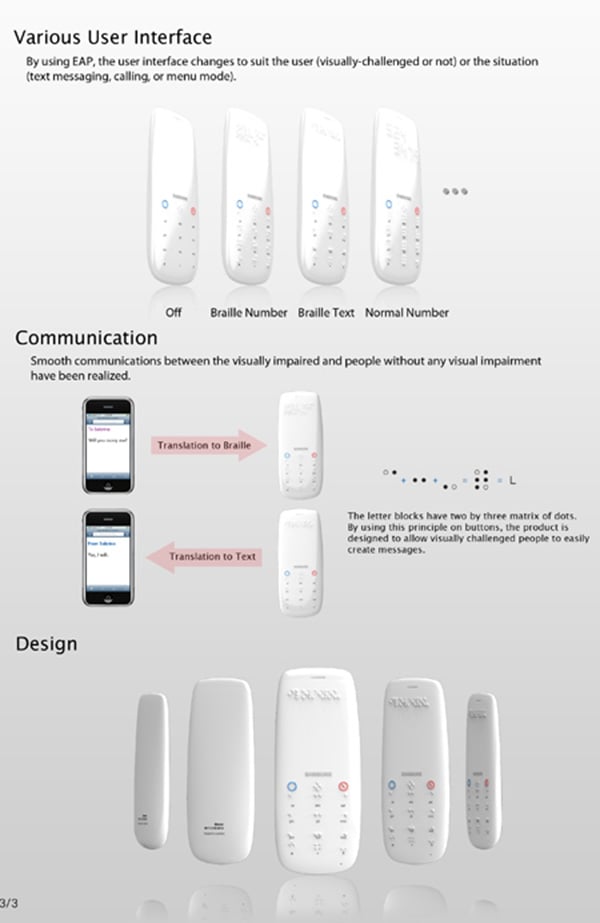 I think computer makers should build on Park’s idea and build giant Braille touchscreens while we’re waiting for bionic eyes to be invented perfected. Check out more pics of the Braille phone at Tuvie.