Satanvision Red LED Tv: the Devil Made Him Do It 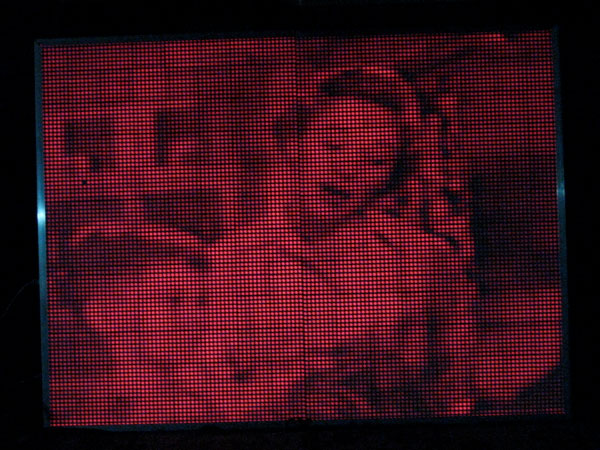 This incredibly lo-fi SatanVision television set was designed by David Forbes. It’s outputs of an unbelievably crappy 128×96 resolution image, and all of the pixels are red. Here it is playing the only video game they have in the underworld, Pong. Oh, and they only have one paddle down there, too. 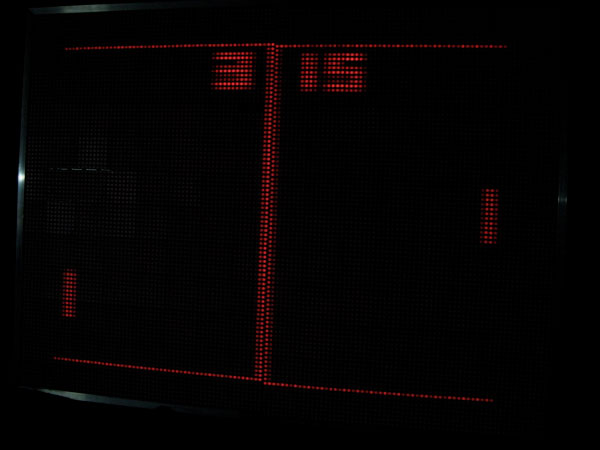 And thanks to the low wattage red LEDs, it’s virtually useless in the daylight. Good thing that there is no daylight in hell. 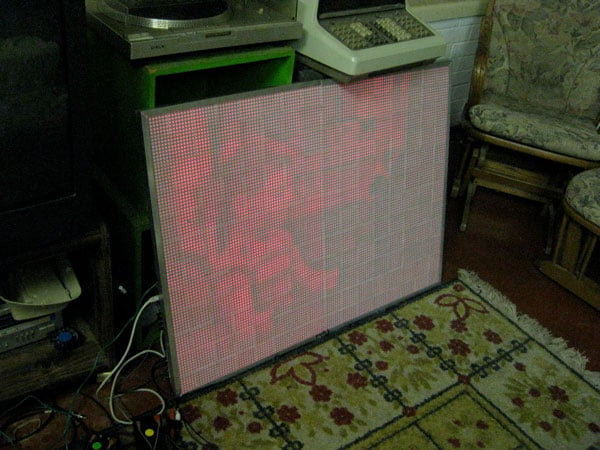 All kidding aside, it took David months and over $1000 of his hard-earned dough (and an entire roll of duct tape) to build this intentionally crummy display. To pull it off, he built out an array of 8×8 LED panels he found over on eBay, and then built a custom controller circuit which converts the television signal into something you can display on the LEDs. 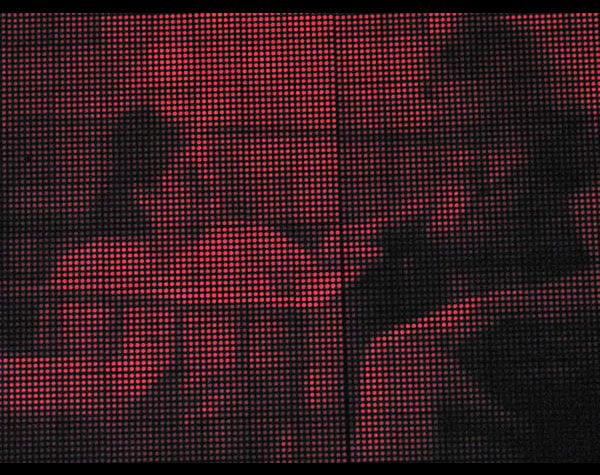 Want to build your own SatanVision TV? David provides a full set of schematics, PCB artwork and firmware for the controller over at his site, Cathode Corner.