You just can’t keep a good rumor down. One would think Apple aficionados would have enough to talk about, what with Snow Leopard now gracing the machines of any Mac-owner willing to pony up the paltry $29 Apple asking price. 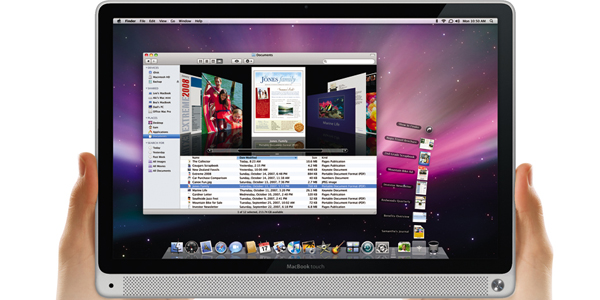 The Financial Times reports that Apple is “racing to offer a portable, fully-featured, tablet-sized computer in time for the Christmas shopping season.” Of course, this is considerably less rumor and a lot more… inevitability. It’s no secret that Apple has been working on a tablet, and talk of it has persisted for, what, almost two years now? Steve Jobs himself has admitted to canning Apple’s tablet project twice, the first time due to its battery life and the second time due to “insufficient memory.”

As to what this tablet is, exactly, some suspect it’s a multimedia device — the perfect mobile movie companion — like an iPod Touch x2. Or maybe x3 or x4. But according to a source of Gizmodo’s, one they claim “has always been 100% reliable,” this 10-inch Apple tablet would also come in the 13-inch and 15-inch variety and run Mac OS X.

If this thing sports Apple’s usual design tropes, it’ll look like something from J.J. Abrams’ Star Trek, which means I’ll have to buy it. But if anyone were to perfect a sleek, stylish, touch-interface tablet, it’d be Apple. Can you say MacBook Touch?

Guess we’ll find out soon enough. Or maybe not. Who knows? I don’t.