Gizmodo scored a few up close photos of the gScreen Spacebook, a laptop with two 15.4-inch LED-backlit screens. It was designed with “professional designers, filmmakers, photographers” and the military in mind, but I’m sure there are gamers who are already saving up for the privilege of owning a portable dual-screen set-up. 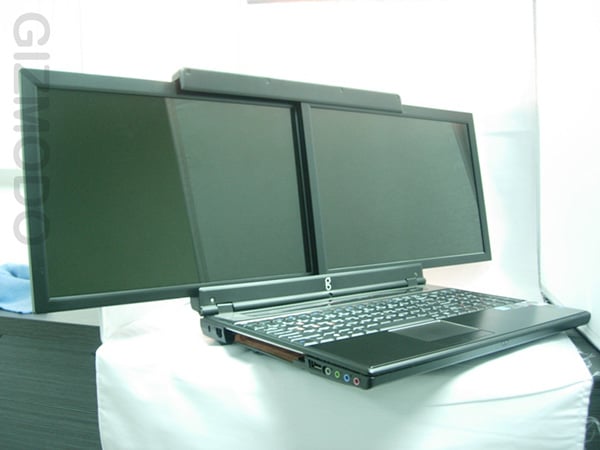 Although the Spacebook might be stretching the meaning of “portable”, as Gizmodo estimates that the thing will weigh at least 12 lbs. gScreen founder Gordon Stewart couldn’t have been more right when he called it “absolutely the opposite of a netbook.” You got a slogan right there, Mr. Stewart.

As you can see the screens slide out of the frame; one of the screens slides behind the other for the times when you don’t need the extra space. Weirdly enough, this prototype as I said sports 15.4-inch screens, but Gizmodo says that the first Spacebooks that will be released will have 16- or 17-inch screens. You’ll probably need a forklift to load those heavyweights on to your car. 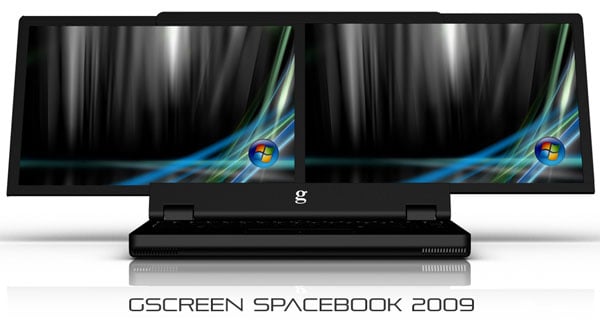 Stewart plans to have the Spacebook series available on Amazon by December of this year, hopefully with a price below $3,000 (USD). I’m pretty sure gScreen can fit a better processor as well as Windows 7 before the laptop launches.