The Softest Toad You’Ll Ever See

Toad is probably the cutest character from the Mario ‘verse (Mario in various boots and outfits aside), but he doesn’t show up as often as many of the other characters in crafts outside of cosplay, which is why I was so thrilled to see this adorable knitted version. 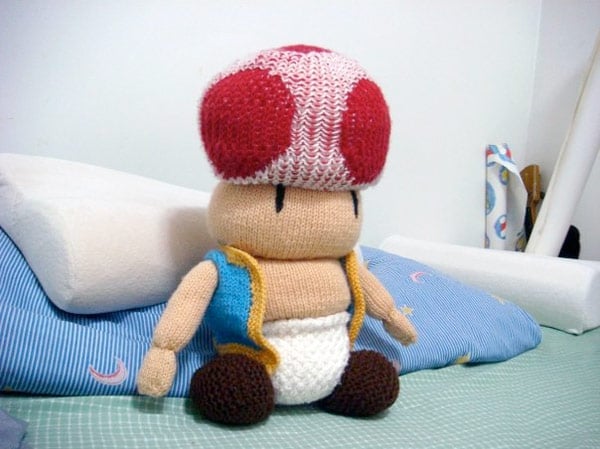 He’s all fat and puffy and soft, like a sock monkey but about six hundred times (I measured) better. But what’s one iconic Mario character? Lonely, that’s what. Gotta have something to complete the set… like a piranha plant! 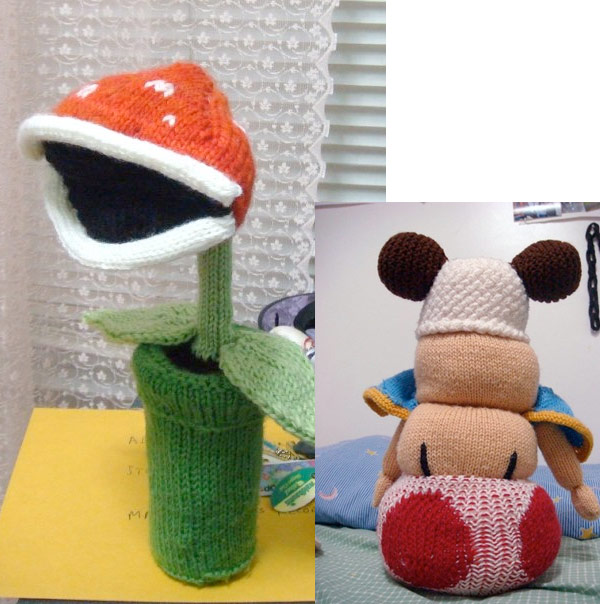 Upside down and clearly panicked Toad does not approve, but I sure do. Flickr user and knitter SkyRacer8 has a number of knit plushies on display, from an adorable Totoro to some more random items.