Anyone who’s played Street Fighter IV knows the only way to actually play the game is with an arcade-style fightstick. Trouble is, if you’re not handy with a soldering iron and have some spare wood and wires lying around, you’re left with just one option, and that’s to pony up. And if you’re going to do that, well, you might as well do so in style with the new Mad Catz limited edition “Femme Fatale” Street Fighter IV fightstick. 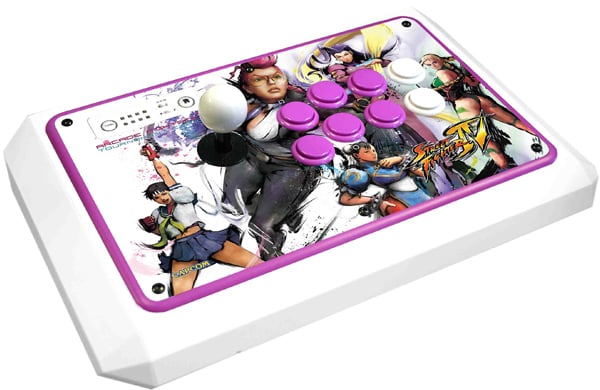 Only 1,000 “Femme Fatale” fightsticks are being made – 650 for Xbox 360 and 350 for PlayStation 3. The bulk of them will be sold this weekend at the Penny Arcade Expo in Downtown Seattle, WA. For those not attending PAX (like myself, insert frowny face), a “very limited” number of “Femme Fatale” fightsticks will be available for purchase starting Friday at the Capcom Store and Mad Catz’ online GameShark store. 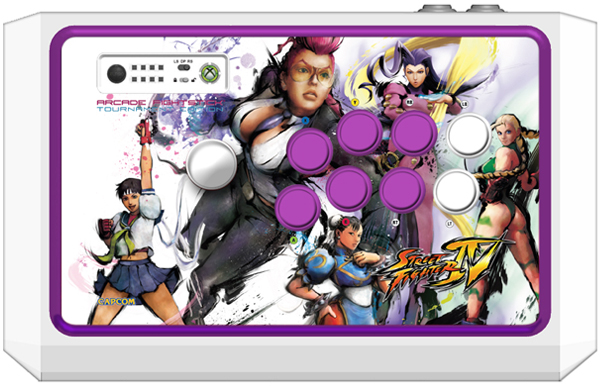 So if you’re big on fighters and collecting video game paraphernalia, and have half the price of a PS3 Slim to burn, well, then this weekend is your chance to own a shiny new fightstick upon which Cammy, Chun-Li, Crimson Viper, Sakura, and Rose grace the surface. As for the rest of us? Well, we’ll just be slummin’ it with our d-pads I guess.